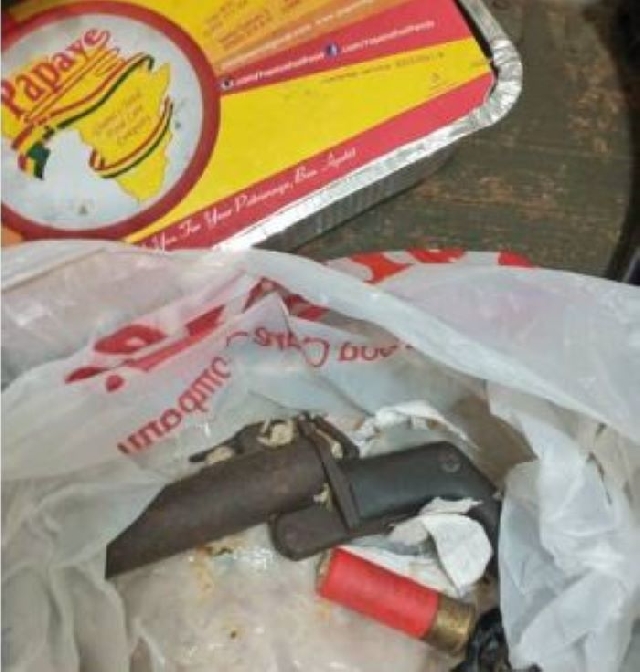 The high vigilance of a police officer on duty has foiled a lady’s attempt to smuggle a firearm and ammunition into the Cantonments police cells.

A report by the police said on Sunday, 11 July 2021, at about 4: 45 pm, a young lady of about 23 years with a Nigerian accent, went to the charge office with two packs of Papaye-labeled fast food for an inmate on remand for robbery.

According to the police report, when the food was carefully inspected by the duty officer, a locally manufactured pistol with one AA cartridge was found concealed in one of the packs containing the food.

The lady, according to the police, however, managed to flee the scene.

"Strenuous efforts are underway to trace and arrest her," the police said in the report.