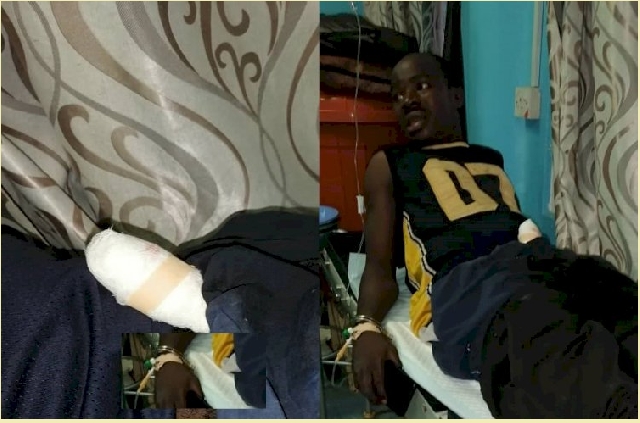 A 24-year-old lady, who was raped by a robber at Abompe New Site in the Obuasi Municipality of the Ashanti Region while she slept at home, bit off the rapist-robber’s penis as she made her escape after giving in to the violator for a second bout of sex under duress.

The suspect, whose penis was severed off, coincidentally sought medical help from AGA Hospital, the same facility where the victim, who also sustained injuries during her struggles with the rapist-robber, had also gone for treatment.

She then raised an alarm which led to the arrest of the suspect.

A police report said the victim woke up from sleep only to realise that her underwear and pants had been removed with semen on private parts.

She then saw the suspect, who has been identified as Emmanuel Ankor, 23, with her in the room armed with a knife.

The report said the suspect demand a second round of sex at knifepoint amidst threats of stabbing the victim to death.

She then gave in but along the line, sunk her teeth into the suspect's phallus, severing it and made her getaway for help.

The wounded suspect, according to the report, managed to flee with GHS4,500.

The suspect is receiving treatment at the hospital under the watchful eyes of the police.