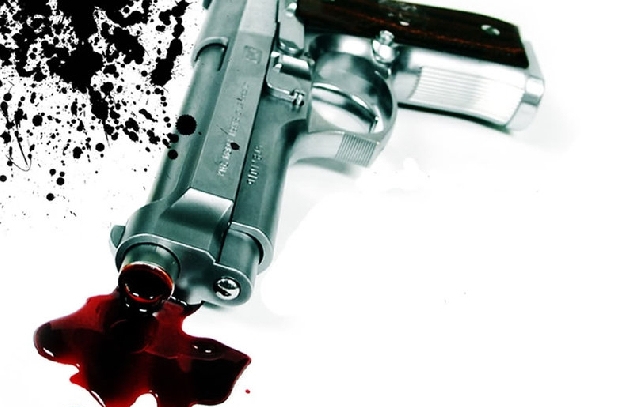 The Northern regional police command has said a man who was shot in Bimbilla during an intelligence-led swoop on criminals in the area, is not dead.

The police said he sustained gunshot wounds but is currently in stable condition.

Northern Regional Crime Officer Supt Bernard Baba Ananga told Valentina Ofori-Afriyie in an interview on Class91.3FM’s mid-day news, 12Live on Wednesday, 24 November 2021 that: “We’re just returning from the hospital. He is alive and kicking. We visited him at the TTH ward. He’s not under any emergency support”.

“He spoke to us before the regional police commander, on the instructions of the IGP, promised to take up the bills and we went there and we assisted in whatever expenses and whatever support. He’s not on any life support, he’s alive and kicking”, he stressed.

He said “looking at him, we can confidently say that he’s stable and he’s in good condition”.

The shooting incident almost sparked mayhem in the area as the townsfolk threatened mayhem in reprisals.

However, Supt Ananga said: “As we speak, the situation is calm in Bimbilla and the police is still undertaking the exercise as started from the beginning”.

He said “it’s a joint exercise to swoop on criminals operating in the areas, especially on issues of armed robbery, issues of persons who break into people’s houses; those that are armed and robbing people in the streets, residential robberies, highway robberies; so, it’s a joint exercise, it has all the police, the military, immigration, among others, so, it’s not a military exercise”.

Supt Ananga pointed out that “this is an intelligence-led exercise and the same residents complain to us several times that most of the time, they are being robbed, most of the time armed criminals take up arms to attack them for no reason and they also indicated that they were living in fear and for that matter, we had no option than to conduct this exercise”.

“It’s not anything that we go round announcing that we are looking for this criminal to arrest”, he said, adding: “No criminal will get this information and still wait for the police to come to arrest him, so, it’s intelligence-led”.

He emphasised: “It is a swoop on a criminal den – this is where the criminals normally converge to undertake their operations – so the intelligence led us to that place to swoop on the area”.

Asked if the injured man was on security duty before the incident, Supt Ananga said: “There was no security guard anywhere that was shot. This particular person sustained injuries at that notorious spot”.

“He sustained gunshot injuries, he was not just aimed at and shot; he sustained these injuries at the notorious gangster spot not at any particular place that he was, maybe, exercising his duty or job as a security guard, no, that is not the case”, he clarified.

He said some of the criminals were armed and, so, the “police fired warning shots and this particular person sustained injuries”.

He said the police rounded up a lot of motorbikes at the spot as a lot of the criminals fled and left their vehicles.