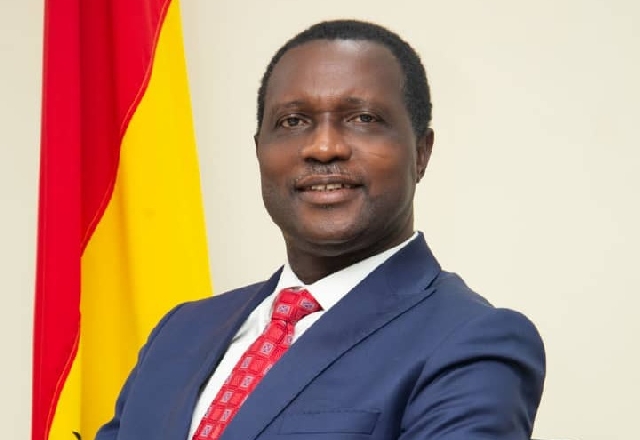 A failed parliamentary candidate of the governing New Patriotic Party (NPP) for the Tano South Constituency in the Bono Region, Mr Kwadwo Genfi Bondu Jr, has asked the Minister of Education, Dr Yaw Osei Adutwum, to come clear on some ongoing reforms in the education sector which he recently spoke to the media about.

The government of Ghana, according to Dr Adutwum, is undertaking reforms that will result in a 6-year consolidated secondary education which will result in the reduction of the country’s 13,000 junior high schools to just 2,500.

Dr Adutwum told journalists on Tuesday, 14 December 2021 that at the heart of the ongoing reforms are science, technology, engineering and mathematics (STEM).

“We’ve awarded contracts for about 15 schools that are going to be what we call lower secondary. The facilities we are providing [are] just like any high school facility and every one of those schools has a library, biology, chemistry and physics lab; beautiful school buildings and they are coming to a community near you very soon”, he announced.

“And, in 2023, when we open those schools, you are going to see how we are going to provide six years [of] quality secondary education and not three years plus some three years old middle-school-led education that we call a high school”, he clarified.

Explaining the mechanics of the reforms using a practical example, Dr Adutuwm said: “If you go to Abenase and Onyuie, they have about 12 junior high schools. Within the next week or so, God willing, we’ll cut sod for the construction of a new lower secondary school there”.

“Now, all those 12 schools will be out of commission a year from now”, he noted, explaining: “They’ll no longer exist as junior high schools; we’ll move all the students into this new building that has biology, chemistry and physics labs, libraries and everything”.

Therefore, he pointed out, “these students who are now going to grow up in Onyuie or Abenase are going to get the highest level of science education: Robotics is going to be taught there, the space is provided for that and their level of proficiency, by the time they get to junior high three, will be very different”.

“But the good news about that is instead of 12 headmasters, we are going to have one”.

Dr Adutwum mentioned that “with the government pursuing strategies aimed at increasing the Gross Tertiary Enrollment Ratio (GTER) from the current 18.84% to 40% by 2030, it is in our interest to continuously expand the infrastructural base of the various tertiary institutions”.

“We are all aware of the many ongoing projects on our tertiary campuses, some of which have been abandoned for years, while others are in urgent need of additional government funding for completion”.

Speaking on Accra100.5FM’s morning show Ghana Yensom, however, Mr Bonsu Jr said although Dr Adutwum has lofty ideas for the sector, such policies must tie into the NPP’s manifesto.

Mr Bonsu Jr also said he is yet to see any Cabinet decision to that effect and, so, implored Dr Adutwum to engage further on the decision so as to save the NPP from any unwarranted embarrassment.

The ex-parliamentary candidate also urged Ghanaians to exercise restraint on the matter as they await clarity from the minister.

He was of the view that the proposed changes may be among the laudable ideas of the minister aimed at bettering Ghana’s education sector for the ultimate good of the economy but they nonetheless must be discussed with the necessary stakeholders.

“If the stakeholders do not come to terms with the reforms being pushed by the minister, they will come to nought”, he argued.