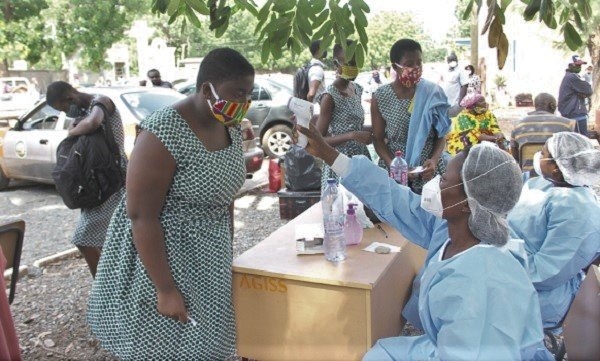 The Executive Director of the Institute for Education Studies (IFEST), Peter Anti has described the Ministry of Education and the Ghana Education Service as “incompetent” over failure to make sure that Personal Protective Equipment (PPE) reach all schools across the country ahead of the reopening of schools.

Mr Anti told Kwabena Bobie-Ansah on Accra100.5FM’s ‘The Citizen’ show on Monday, 18 January 2021 that prior to the announcement made by President Akufo-Addo on the reopening of schools on Friday, 15 January 2021, the MoE and the GES facilitated partial reopening twice.

On the two occasions, final year Junior High and Senior High school students were allowed to sit their final examination and the second year students to complete the academic year.

According to Mr Anti, during the partial reopening periods, the PPE arrived late and were not well disbursed and the same is being repeated.

He said: “The Ghana Education Service had the opportunity to do partial reopening last year. When the GES embarked on the partial reopening, we did a study and found out some of the challenges. The PPE could not get to the students on time. We suggested to them that in future, they should find ways and means to get the PPE to the schools before the students resume.

“Ideally, that is how it is supposed to be. Then they did the second partial reopening when they made the second year students go to school, the challenge was witnessed again”.

He continued: “They did not receive the full complement of the PPE for about almost one to two weeks. So what we are saying is that the Ghana Education service and Ministry of Education have this experience  so if you don't send the PPE the day that you're reopening schools, it means you're incompetent”.

Considering the challenge that was encountered, Mr Anti noted that the IFEST expected the assessment and distribution of PPE to students across the country would have taken place ahead of the reopening date.

However, IFEST’s checks indicate the PPE has not reached students in about “95 percent of the districts”.

“All we are saying is that suspend the reopening, make sure you get the PPE to all the schools so that the headmasters can now assess it and distribute them to the students to ensure adherence to the protocols,” he reiterated.