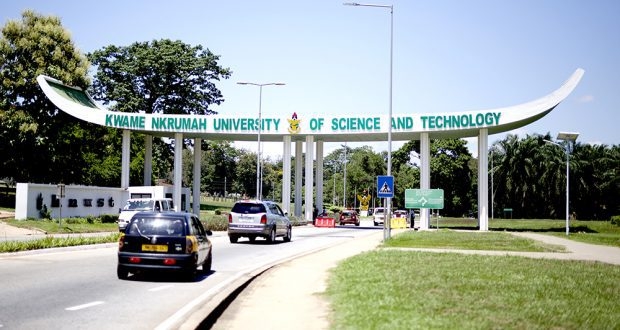 The management of the Kwame Nkrumah University of Science and Technology (KNUST) says it will set up a committee to investigate the violent clashes that occurred between some students of (Katanga) and the Unity Hall (Continental) of the scool during a vettin of SRC candidates at the Great Hall on Sunday, 4 July 2021.

A vetting process for the university’s SRC elections turned chaotic, resulting in the clash accompanied by vandalism, which left several properties damaged.

There were two raucous incidents which culminated in the clashes.

The first was an alleged attempt by a management team of one of the Conti aspirants to prevent the Kantangees from gaining access to the Great Hall.

He was subsequently beaten to a pulp.

Also, a decision by the Electoral Commission to postpone the vetting as a result of the marauding bahaviour of students from the two halls.

Bottles, machetes, knives and all manner of crude weapons started flying between the Kantangees and Continentals, degenerating into total mayhem.

The University Relations Officer, Dr Daniel Norris Bekoe, told Kumasi FM's Elisha Adarkwah that the vetting exercise, which resulted in the violent clash, has been suspended until further notice.

He described as false, reports that several students got injured in the scuffle, saying only one student sustained a palm injury and he is currently receiving treatment at the university hospital.

He, however, admitted that damage was caused to properties in the Great Hall including chairs, glass doors, pots of flowers among others.

Dr Norris said a video circulating on social media, attributing it to the university's students clashes is an old video and should be disregarded.

He assured the safety of students "as security is always tightened" on campus.