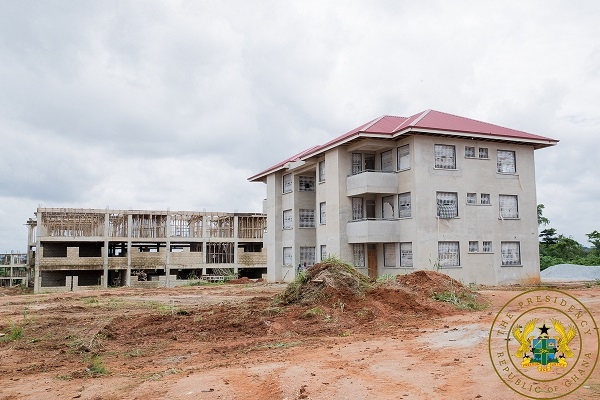 The Assistant Headmistress of the newly built J. A Kufuor Senior High School at Sokoban in the Kumasi Metropolis of the Ashanti Region, Sandra Owusu Afriyie, has called on the government to come to their aid with all the needed infrastructure to be operational.

The public school, which was named after former President John Agyekum Kufuor, with a student population of 600, needs additional classroom blocks to be able to admit more students next year, she explained.

Mrs Afriyie said the school is also challenged with accommodation for teachers, among others.

According to her, the school had to convert some of its buildings to bedrooms for some two teachers while the rest stay outside the school.

Speaking in an interview with the media when the Coalition of Concerned Teachers Ghana (CCT-GH) presented sets of computers to the school, Mrs Afriyie said they had only one computer at the school's administration.

She expressed gratitude to CCT-GH for coming to the aid of the school with the computers since it will go a long way to help teaching and learning.

For his part, the Ashanti Regional Chairman for CCT-GH, Mr Kingsley Ayimadu, said they received a request from the headmaster of the school for the supply of some computers to aid the smooth running of the school.

He said as a teacher union, their objective was to partner with the government to uplift the quality of education “so we decided to come to the aid of the school with the said computers,” he said.