Opoku-Amankwa wasn’t sacked, he was only relieved of secondment duties – GES 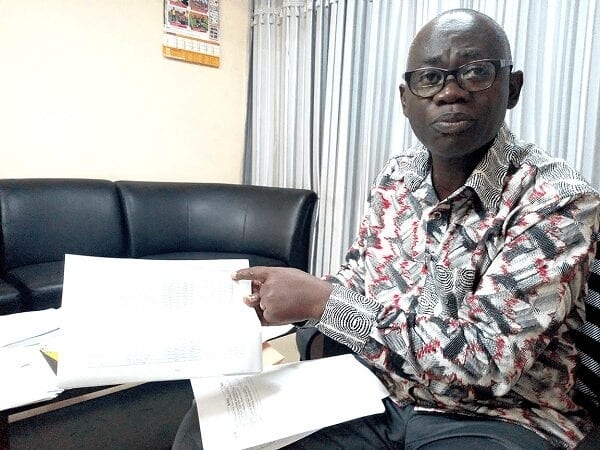 The Director-General of the Ghana Education Service (GES), Prof Kwasi Opoku-Amankwa, was not sacked by President Nana Akufo-Addo but was rather relieved of his responsibilities as a seconded staff to the GES, the Service has clarified.

The office of the president announced Prof Opoku-Amankwa’s exit in a letter dated Monday, 17 October 2022.

“The Ministry of Education has informed this office that the exigencies that required your skills and expertise as Director-General of the Ghana Education Service do not exist any longer”, the letter stated.

The GES, in a statement, said Prof Opoku-Amakwa was not sacked as has been widely reported in the media but rather relieved of his responsibilities to enable him to continue his services to the country at the Kwame Nkrumah University of Science and Technology (KNUST). 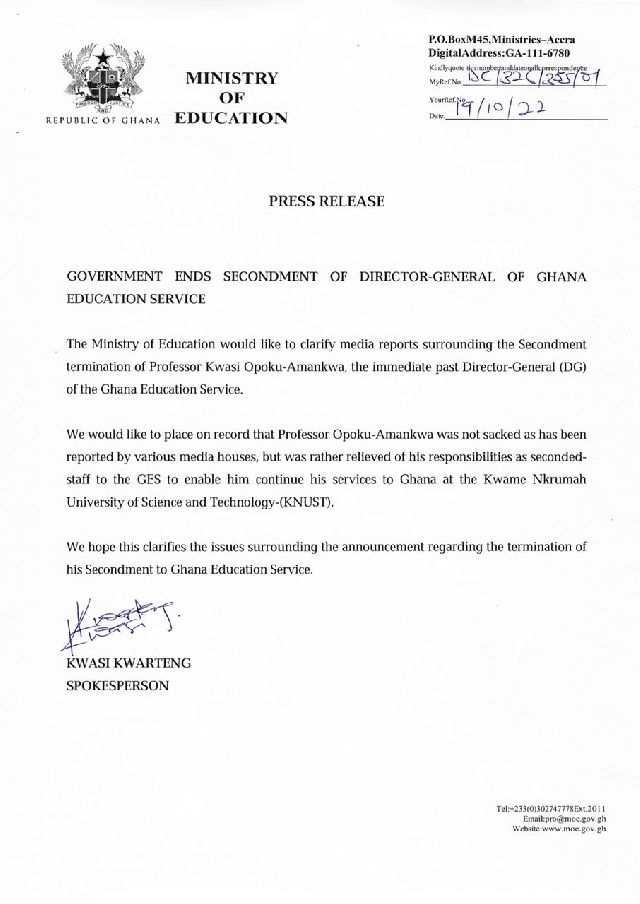 Prof Opoku-Amankwa was first appointed in January 2021 on secondment from the KNUST.

The contract was extended again in June 2021 but this extension, according to the letter from the Presidency signed by the Secretary to the President, Nana Bediatuo Asante, was in “contravention of the Human Resource Policy Frame and manual of the Public Services Commission as it purports to extend your secondment beyond the 3-year maximum limit.”