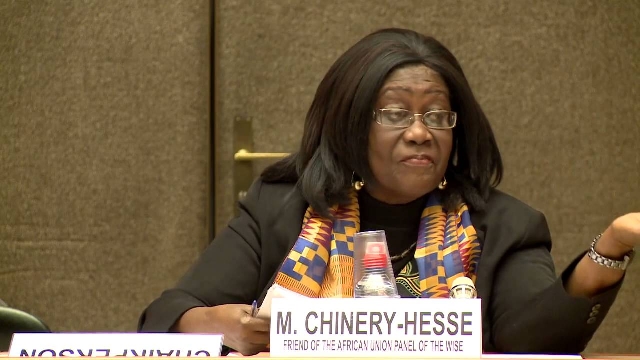 Chancellor of the University of Ghana, Mrs Mary Chinery-Hesse

The Chancellor of the University of Ghana, Mrs Mary Chinery-Hesse, has reiterated the tertiary institution’s zero-tolerance for sexual misconduct policy.

Two lecturers of the university, Professor Ransford Gyampo and Dr Paul Kwame Butakor were recently interdicted after they were caught in a ‘sex-for-grades’ undercover work done by the BBC.

The BBC Africa Eye’s undercover journalists who posed as students were sexually harassed, propositioned and put under pressure by senior lecturers at the institutions – all the while wearing secret cameras.

Other lecturers from universities in West African neighbours Nigeria, were also caught on tape in a similar scandal.

Openly commenting on the topic for the first time, Mrs Chinery-Hesse said the university has instituted enough mechanisms to ensure the safety of students and expressed satisfaction at the manner in which the management of the university handled the BBC allegations.

She said the school is being positioned to have “zero tolerance for such abuse”.

She said “robust policies” that have proven effective in managing sexual abuse will be implemented and assured that the victims will “not suffer any form of victimisation as a result of reporting”.