Anti-LGBTQI+ Bill: Base your arguments on law, science not emotions – Sam George 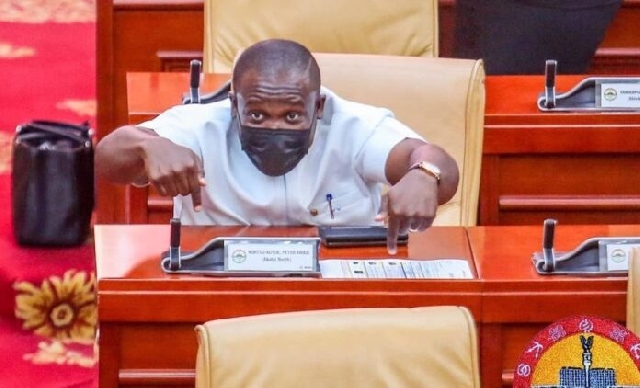 The Member of Parliament for Ningo-Prampram, Mr Sam George, has said he and his colleague anti-LGBTQI+ legislators are ready to debate anyone who is opposing their anti-gay bill put before parliament but adds that the disagreement of those opposed to the bill must be based on law, facts and science rather than emotions.

He said people have the right to disagree with the stance they, the legislators, have taken to criminalise LGBTQI+ and are welcome to submit memoranda to the Parliamentary Committee when it calls for same.

In a Facebook post, Mr Nartey George said he is proud of his other colleague lawmakers with whom he drafted the bill for the Proper Human Sexual Rights and Ghanaian Family Values.

The 36-page Promotion of Proper Human Sexual Rights and Ghanaian Family Values Bill 2021, which is yet to be considered by parliament, seeks to unequivocally criminalise LGBTQI+ activities.

The bill is being sponsored by anti-LGBTQI+ legislators on either side of the aisle.

They submitted a copy of the draft to the Speaker of parliament on 29 June 2021.

The bill is not only targeting persons of LGBTQI+ orientation but also promoters of it.

Below is the full post from Sam Nartey George:

I am proud of my 7 Colleague Members of Parliament with whom the Draft Bill for the Promotion of Proper Human Sexual Rights and Ghanaian Family Values was worked on.

At a time when some may choose convenience and the alluring offers being made, these men and women have given true essence to the title the offices they hold bear. They have stood up for what is right, just, and noble.

You have every right to disagree with our Bill. We can live and tolerate your disagreement. However, let your disagreement be based on law, fact, and science. Not your emotions or thoughts. We are open for anyone who has a memorandum on the Bill to submit same to the Parliamentary Committee when it calls for same. We are ready to debate the issues with anyone or group so long as it is based on law. We are Legislators.

To those asking the essence of having a Bill, what is the value of plenty talk and promises if you are not interested in giving life to your words? Or are they empty words that do not portray the intents of your hearts? Let's put our money where our mouth is.

I am so proud of my Colleagues and the overwhelming majority of Ghanaians who have stood with us so far. We shall succeed. We shall be victorious.