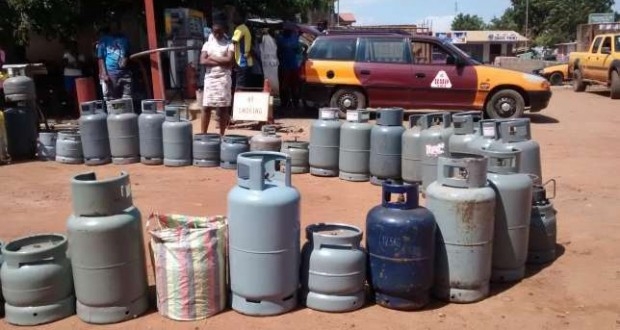 The Chamber of Petroleum Consumers (COPEC) has called for immediate resolution of the impasse between the Ghana Petroleum Tanker Drivers Association and the National Petroleum Authority (NPA).

According to COPEC, many Liquefied Petroleum Gas stations across the country have been shut down as a result of the impasse.

The drivers have described as unfair treatment by the NPA and Bulk Oil Storage and Transport (BOST).

They mentioned several reasons for the sit-down strike which include poor working conditions of tanker drivers, abandoned LPG stations under construction since 2017 and unfair treatment of petroleum tanker drivers by BOST and NPA.

COPEC in a statement dated August 1, 2022, and signed by its Executive Secretary, Mr Duncan Amoah said the strike is having untold hardships on customers and, therefore, called on the National Petroleum Authority under the new and able leadership of Dr Mustapha Hamid to ensure a speedy resolution of the deadlock between the operators and authorities to ensure the immediate reopening of these outlets across the country.

Below is the statement :

RESOLVE ISSUES ON LPG IMMEDIATELY AS ALL GAS STATIONS ACROSS THE COUNTRY SHUT DOWN.

Ghanaian Petroleum Consumers especially users of liquefied Petroleum gas (LPG) across the country, woke up this morning to a disturbing development of a complete shutdown of all LPG retail points in the country following from series of unresolved issues concerning operators within the LPG industry.

It will be recalled that the Ghana National Tanker Drivers Association had hinted at a total sit-down strike last week Friday following several attempts by the group and their members to get their issues resolved both by the Ministry of Energy and the National Petroleum Authority.

Pertinent amongst the unresolved challenges they list are, issues of their general welfare and a rather unpopular needless ban on all new LPG sites which has affected their operations and finances over the past 5 years.

Our checks indicate a good number of stations with legal permits under construction at various stages of completion had been put on a freeze following the atomic gas explosion by the former NPA chief executive (Mr Hasan Tampuli).

Several years down the line and this ban is yet to be lifted thereby leaving the various companies who had invested heavily in the construction of these retail points heavily debt distressed as they are constantly harassed by their banks and other financial entities who had advanced various loans to put up these stations.

Efforts by actors within the LPG space, the LPG marketers (LPGMC) and the Ghana LPG operators association (GLIPGOA) and the Ghana national tanker drivers union to get these bitting issues resolved have all proven futile as authorities do not seem to understand the pressures these operators are going through following from the ban which squeezes operators who also are hardly able to meet financial commitments to the drivers.

The sit-down strike threatened by the GNTDA which is currently being enforced seems to have energised the LPGMCS and GLIPGOA to also follow suit in laying down their tools as of this morning thereby leaving all LPG outlets across non-operational.

We are currently inundated with calls from obviously stranded consumers who depend on these outlets seeking answers which we don't have.

The ban we understand has led to about 11% reduction in volumes for the operators over the past one year instead of a projected 15% increase year on year.

We call on the National Petroleum Authority under the new and able leadership of Dr Mustapha Hamid to ensure a speedy resolution of the deadlock between the operators and authorities to ensure the immediate reopening of these outlets across the country.

We further call on the Energy Ministry to ensure all grievances of the various operators within the LPGLPG space are attended to forthwith without fail as the looming pressures on the Ghanaian LPG user could only be exacerbated with further delays in addressing these challenges.