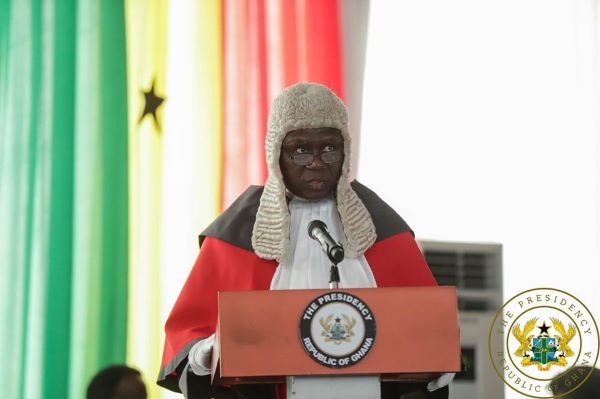 Mr Justice Eric Kyei-Baffour, a Justice of the Court of Appeal, with additional responsibility as a High Court judge, will continue to preside over the trial of the five individuals accused of embezzling $4 million belonging to the National Communication Authority (NCA) during the erstwhile Mahama administration.

That was the decision of the Chief Justice, Mr Justice Kwasi Anin-Yeboah when he rejected a petition calling for Justice Kyei-Baffour’s recusal by one of the accused persons, Eugene Baffoe-Bonnie, a former Board Chairman of the NCA.

“Your petition for His Lordship Justice Eric Kyei-Baffour to recuse himself from this matter is denied. Please note that the rejection of this petition does not mean that any legitimate complaints will be ignored but will be considered in the interest of Justice,” the Chief Justice said in a response dated January 27, 2020.

On January 23, 2020, Baffoe-Bonnie petitioned the Chief Justice to transfer the trial to another judge, following certain allegations made against Mr Justice Kyei-Baffour by a social media commentator known as Kevin Ekow Taylor.

In a video posted on Facebook, Taylor had made a plethora of allegations, claiming that Mr Justice Kyei-Baffour was in bed with the government and had an agenda to convict Baffoe-Bonnie and the other accused persons.

Without providing any proof, Taylor called on the Chief Justice to investigate his allegations.

Based on the video, Baffoe-Bonnie said in his petition that he was afraid he would not get a fair trial with Mr Justice Baffoe-Bonnie in charge of the trial.

The Chief Justice, in his response to the petition, a copy of which has been sighted by the Daily Graphic, said he would not entertain the invitation to investigate Taylor’s allegations because he (Taylor) was not in Ghana and was also not party to the suit.

Also, he said, Taylor had not disclosed his source of information or provided any evidence for any investigations to be commenced into his allegations.

“Thirdly, it will certainly set a bad precedent in the administration of justice for a Chief Justice to embark on an investigation against a sitting Superior Court judge, pursuant to an allegation from someone who is not an accused person in a trial, a lawyer for the accused or in any way related to the accused,” the Chief Justice stated.

Taylor is currently a wanted man in Ghana, after Mr Justice Kyei-Baffour issued a warrant for his arrest to come and explain why he (Taylor) should not be committed for contempt for the said video.

Mr Justice Kyei-Baffour issued the arrest warrant on January 16, after he had ruled that it would not be feasible to summon Taylor because he (Taylor) was not resident in the country.

According to him, Taylor’s video scandalised the court, was highly prejudicial and an affront to the administration of justice, for which no civilised nation ought to entertain.

They are alleged to have embezzled $4 million of state funds during the purchase of cyber-security surveillance equipment or listening devices for the National Security Council Secretariat (NSCS), which was sponsored by the NCA.

The accused persons have been charged with diverse counts of wilfully causing financial loss of $4 million to the state, stealing, conspiracy, money laundering, among other charges.

They have pleaded not guilty to all the charges and are currently on bail in the sum of $1 million each.