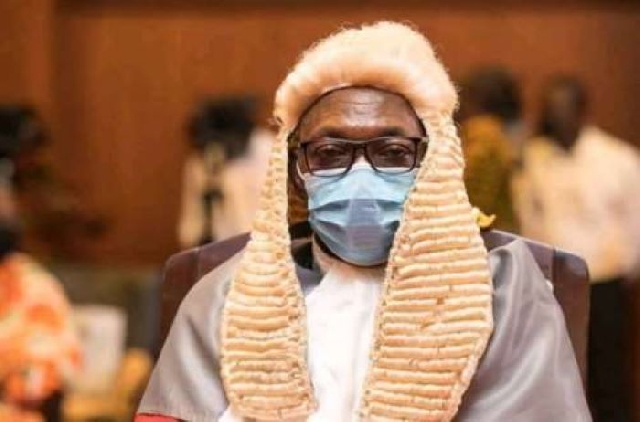 Justice Clemence Honyenuga has dismissed an application filed by former CEO of the Ghana Cocoa Board (Cocobod) Stephen Opuni that he recuse himself from hearing the GHS217-million financial loss case against him and businessman Seidu Agongo.

The Justice of the Supreme Court of Ghana, who is sitting as an additional High Court Judge said: “It is my candid opinion that the application was brought in bad faith”.

“Accordingly, the motion is hereby dismissed”, he ruled on Wednesday, 9 June 2021.

Dr Opuni lead counsel, Mr Samuel Codjoe had argued for his client’s application based on the breach of Article 19 (2) (e) & (g) of the 1992 Constitution.

He said: “My lord, our basis is that we will not be given adequate time and facility for our defence”, adding: “This is based on the fact that your lordship, on the 7th day of May 2021, stated that your primary duty was in the Supreme Court and this case had unduly delayed and was preventing you, or and interfering, in your duty, and, therefore, you wanted to complete this early.”

“When our application on the submission of no case was dismissed, and we asked for time to prepare our defence, your lordship gave us 7 days. After much pleading, it went to the 17th of May. My lord, we are saying that this is against the Practice Direction”, Mr Codjoe argued further.

Chief State Attorney, Evelyn Keelson, also argued based on article 19 (1) of the 1992 Constitution that “there is no basis in law for this present application”.

“He has also not been able to convince this court of any credible evidence of bias”, she averred.

“It is our submission that this application as we have always stated is therefore calculated to further delay this trial”, she said.

Dr Opuni and Mr Seidu, CEO of Agricult Ghana Limited CEO, have been on trial for over three years for allegedly conspiring to cause the state financial loss of GHS217 million in a cocoa fertiliser transaction.

Their 27 charges include defrauding by false pretenses, willfully causing financial loss to the state, money laundering, corruption by public officers, and contravention of the Public Procurement Act.

They have both pleaded not guilty to the charges and are on a GHS300,000 self-recognisance bail, each.