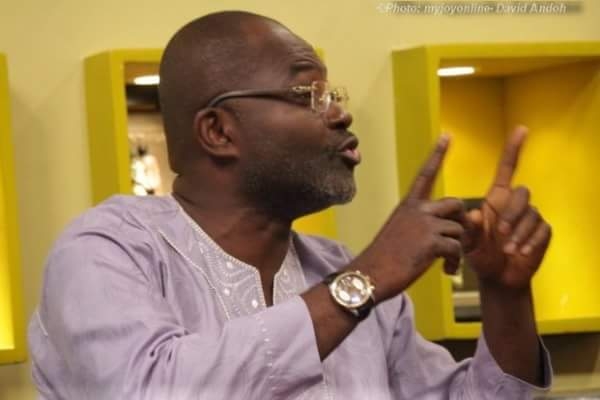 The New Patriotic Party's Member of Parliament for Assin Central, Mr Kennedy Ohene Agyapong, has asked the Supreme Court to stop contempt proceedings against him by the Accra High Court.

Lawyers for the MP filed a judicial review application at the apex court on Thursday, barely 24 hours after he was supposed to appear before the High Court to explain why he should not be punished for allegedly describing a judge as “stupid”.

The MP wants the Supreme Court to prohibit the High Court from hearing the contempt case and also quash the order of summons for him to appear before the court on the basis that the particular court (Land Court 12) that summoned him had no jurisdiction to do so.

In his affidavit in support, the MP avers that his comments were not against Justice Amos Wuntah Wuni of Land Court 12 but was rather against a different judge in another matter at Labour Court 2, for which he said he had duly apologised.

"The words uttered, which I deem uncomplimentary and I have since apologised [for], were not directed at the court presided over by His Lordship Amos Wuntah Wuni.

"The Court is not seized with jurisdiction to order the applicant to appear and to answer why he should not be severely punished for contempt of court,” the MP said in his affidavit in support.