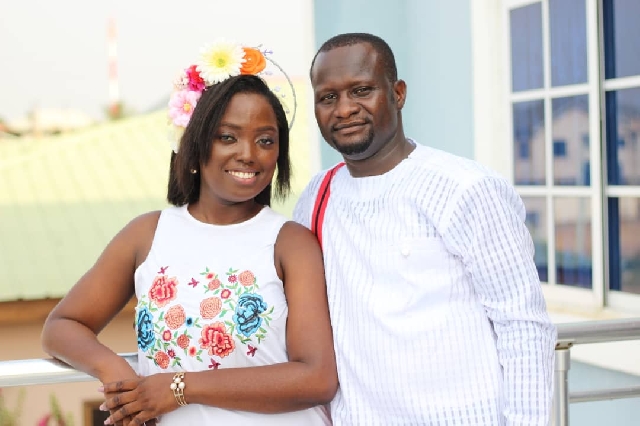 MisRhoda Darko and husband Dr Wilberforce Aggrey before her disappearance

The High Court in Kumasi on Friday, 6 May 2022, adjourned the case involving Dr Wilberforce Aggrey, a senior lecturer at the Kwame Nkrumah University of Science and Technology (KNUST), who has been accused of kidnapping his wife, Rhodaline Darko.

The second witness, who was scheduled to testify, was unable to appear before the court due to ill health.

A few days ago, a former Teaching Assistant (TA) at the university, Mr Isaac Ofei Asiamah, in his testimony, contradicted claims by Dr Aggrey,that he slept at home on the night of his wife’s disappearance.

Dr Aggrey had noted in his statement to the police that on the day his wife disappeared, Monday, 30 August 2021, he slept at home with his children and the teaching assistants.

The first witness in the case, the former TA, told the court on Tuesday, 26 April 2022 that only the TAs and the children slept in the couple’s home on that fateful day.

The senior Lands Commission staff’s husband made a report to the police about her disappearance on Thursday, 2 September 2022.

The Attorney General has taken over the case.

The lecturer has been accused of the deceit of a public officer and kidnapping of his wife.

Two suspects were arrested in connection with the wife’s disappearance.

They are Yaw Boateng, who sold the missing victim’s mobile phone and Justice Appiah, who bought the phone.