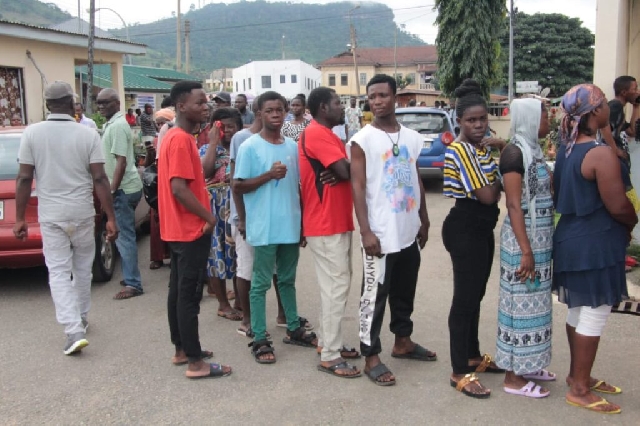 Scores of customers of the Electricity Company of Ghana (ECG) are queuing to purchase electricity after the electricity distribution company suffered four days of system’s interruption.

Customers in the Ashanti Regional capital, Kumasi and in the Accra metropolis of the Greater Accra Region have been spotted queuing to purchase power for their pre-paid metres after sleeping in the darkness for four days as a result of failure to purchase power at the vending points.

The customers are complaining that for the past four days they have not been able to purchase power because of the ECG’s system breakdown.

They registered their displeasure about the loss they incurred because of not being able to purchase power.

Others complained of how their food, for instance meat, among other products they sell have gone bad because of not being able to purchase power.

They additionally complained about how their credit has been running faster than usual when loaded onto the metre.

“I bought GHS100, and in the next two days, my metre has gone red again” a customer at Afigya Zongo in the Kumasi metropolis complained.