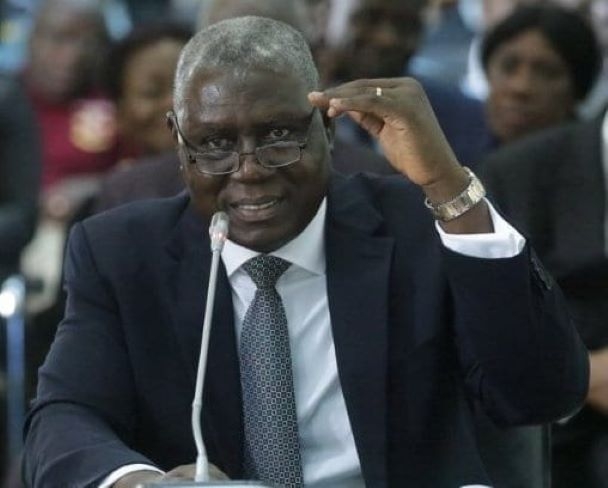 Chief Justice Kwasi Anin-Yeboah has said he is unable to release some documents regarding a probe into the admission of some unmeritorious law students in the past as demanded by South Dayi MP Rockson-Nelson Dafeamekpor.

In a letter to the GLC, the opposition MP said he learnt of the admission of some students into the Ghana School Law last year even though they were not deserving of it.

He noted that the outgoing President of the Ghana Bar Association (GBA), Mr Anthony Forson Jr, chaired the committee that investigated that matter as a result of which the Acting Director of the school, its Registrar and Deputy Registrar were queried for responses and, thus, wanted all the documents and findings concerned that matter released to him per the Right to Information Law and the 1992 Constitution.

In a response, the CJ said: “I am unfortunately not authorised by the Council to release the requested documents relating to the ongoing investigation. The constituted committee is yet to report to the Council on any progress to date.”

Meanwhile, Ghana’s former High Commissioner to Canada, Nii Ayikoi Otoo, has suggested that Ghana’s legal education be reformed to allow experienced lawyers teach the professional law course to law graduates at accredited institutions after which they all sit one law exam and those who pass be called to the Bar.

There have been calls for reforms in legal education after so many law graduates were denied admission into the Ghana School of Law (GSL) over the years for lack of space.

This year, for example, initial results released by the GSL on Tuesday, 28 September 2021, suggested that 790 out of a total of 2,824 candidates, met the entry requirement.

However, after pressure from the public, the General Legal Council further released results indicating 1,289 candidates met the minimum pass requirement of 50 per cent, which is the known pass standard for all previous entrance exams conducted.

The GLC, however, further released a notice to indicate a new standard of a pass of 50 per cent in each of the two sections A and B in the exam denoting reasons the 499 were not admitted.

After several petitions and pressure, the GLC has agreed to admit the 499 law students who were denied entry this year.

To address the issue of difficulty in becoming a lawyer in the country, Ayikoi Otoo told Kofi Oppong Asamoah on the Class Morning Show on Tuesday, 23 November 2021 that there should be one final bar exam for all law students.

He said: “Why don’t you rely on experienced lawyers to teach the professional law course at the institutions where they did their LLB or first degree and at the end, they’ll all go and sit one law exam – Bar finals. That is what happens in the UK…they can go wherever but all of you come and write one bar finals; if you pass, you pass and be called to the bar.”