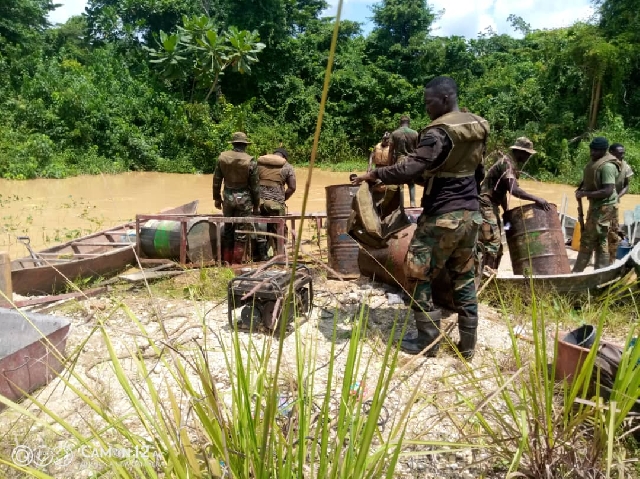 The Ghana army, supported by the navy and air force, has, so far, cleared a total of 230 platforms and 365 changfans in illegal mining sites covering a total of 267 kilometres along and on the Pra and Offin rivers and their tributaries, as part of their activities to flush out illegal small-scale miners from some major river bodies and forest reserves in the Ashanti, Eastern, Western and Western North regions. 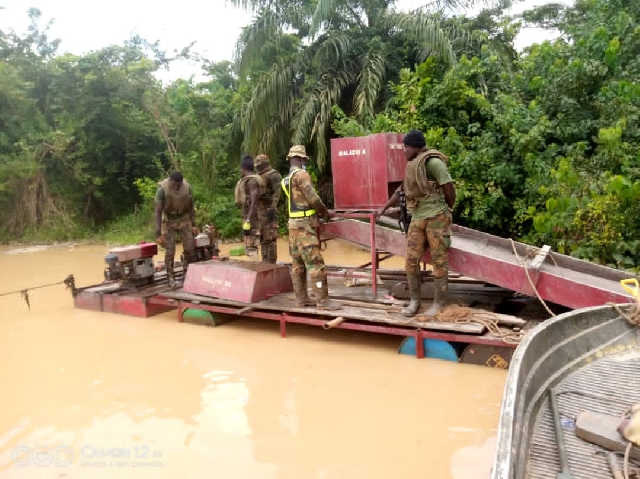 Operation Halt II was re-activated in April this year and the army has continued to conduct follow-up surgical operations in targeted areas to sustain the campaign to rid river bodies of all illegal mining activities in the country. 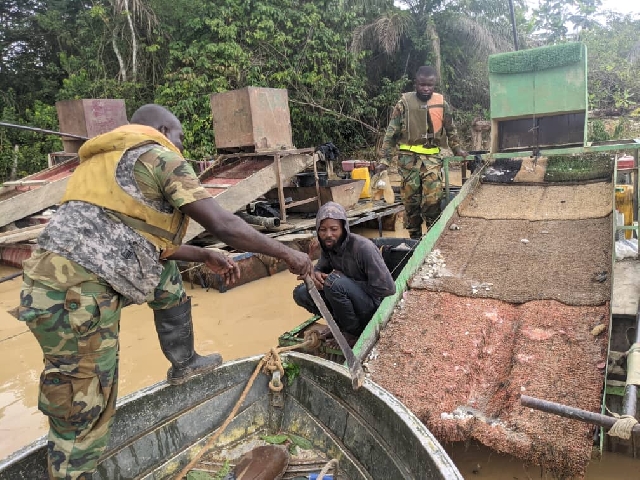 The clearing team also resumed operations on river Offin and is currently at Abora within the Upper Denkyira East Municipality. 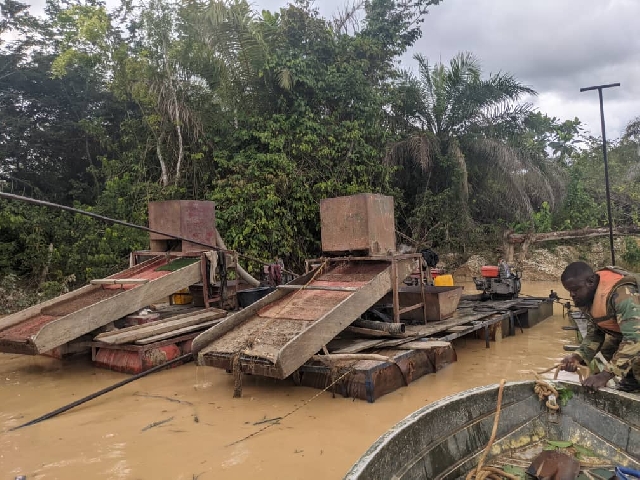 GAF, in a statement, noted that a total of 110 platforms and 185 Changfan machines have been destroyed on river Offin, covering a distance of approximately 114 kilometres. 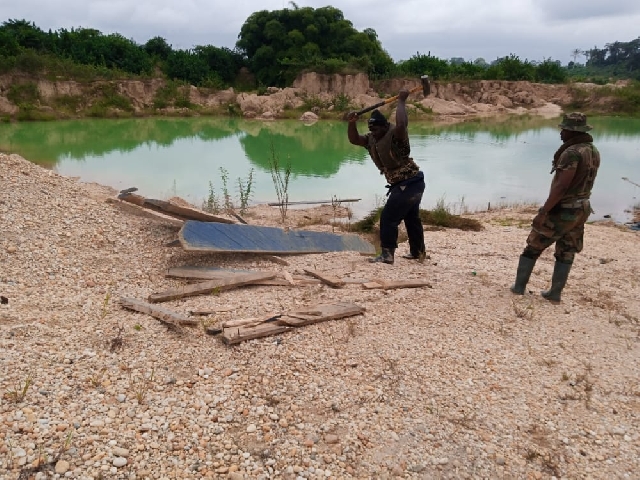 The army has advised all persons engaged in illegal mining, especially along the country’s river bodies and forest reserves, to desist from these criminal activities or risk being severely dealt with according to the laws of the nation.