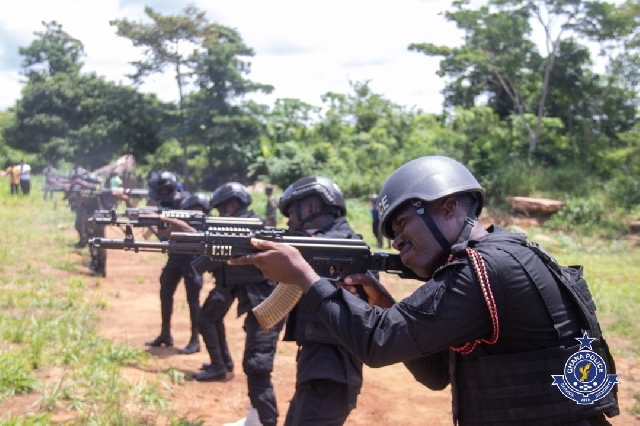 Officers at the training

A closing ceremony has been held at the Police Counter Terrorism Enactment and Concentration Camp (CTECC) at Huhunya in the Eastern Region for trainees drawn from the Ghana Police Service, the Immigration Service and the National Ambulance Service in high-risk law enforcement operations on 6th May, 2021.

A total number of 316 trainees passed out made up of 298 males and 18 females, including senior officers. 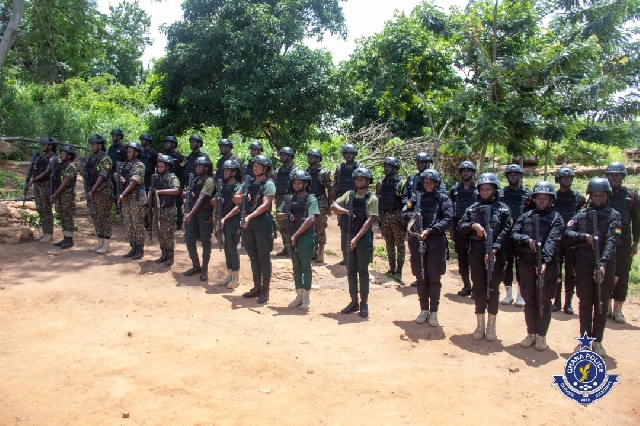 Representing the Police Administration, DCOP/Mr. Peter Baba Atianak, Deputy Eastern Regional Police Commander reminded the officers about the need for collaboration between officers of the various security agencies, as demonstrated at the training centre.

The officer who officially closed the ceremony, DCOI/ Madam Prudence Aku Sosuh, Eastern Regional Immigration Commander also encouraged the trainees to play their role with pride, professionalism, integrity and to remember to work on themselves each day. 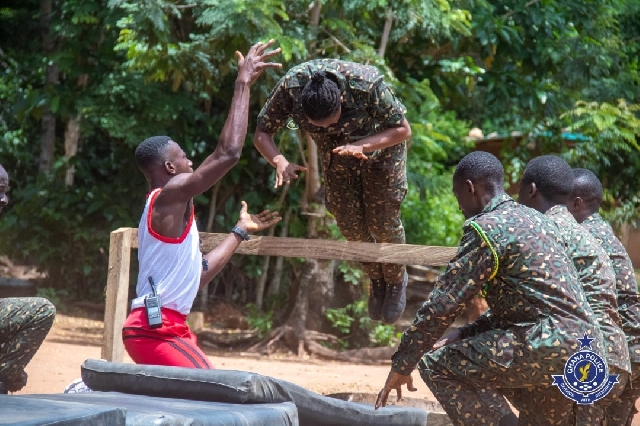 She reminded them to keep updating themselves with new threats and emerging trends in transnational organised crime.

The Commander of the Camp, Chief Superintendent/Mr. Adofiem Raymond Wejong, expressed profound gratitude to all stakeholders and the well-behaved trainees. He reminded them to desist from applying the newly acquired skills on innocent citizens but activate them appropriately only when the need arises. 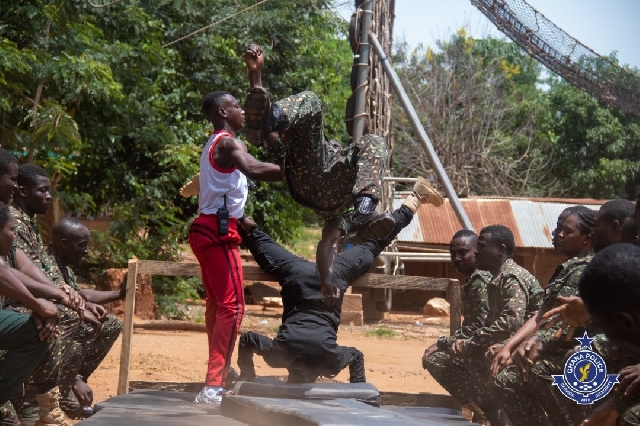 The trainees demonstrated some of the skills acquired including rapelling, shooting with CZ handguns, crossing obstacles, identifying booby traps among others. 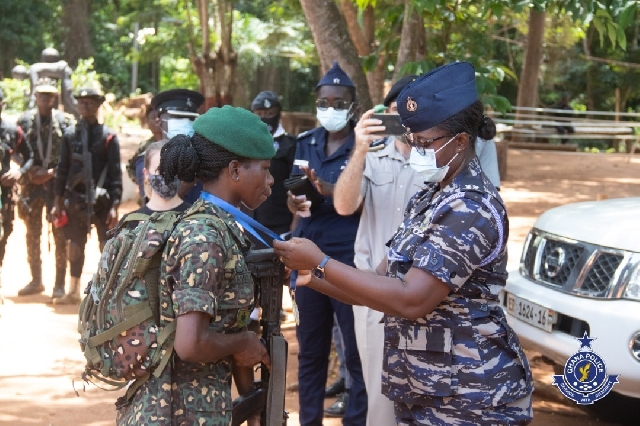 Awards were also given to deserving officers in subject categories and others such as the most agile, the strongest, most disciplined and the most enduring. 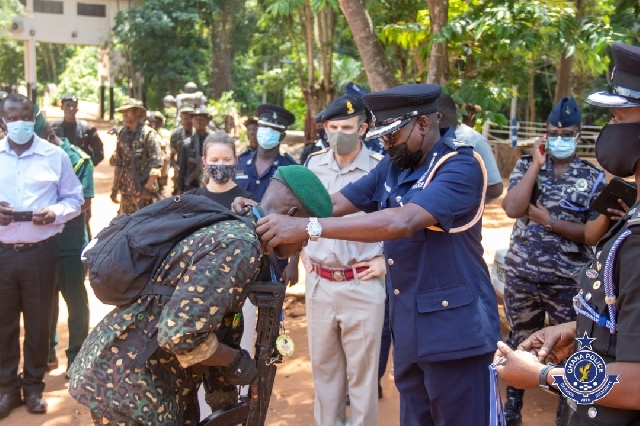 The ceremony was graced by Officers from the Police Service, Immigration Service, National Investigation Bureau, the Armed Forces, Ambulance Service and the British High Commission. The traditional leaders of Huhunya were also present to support. 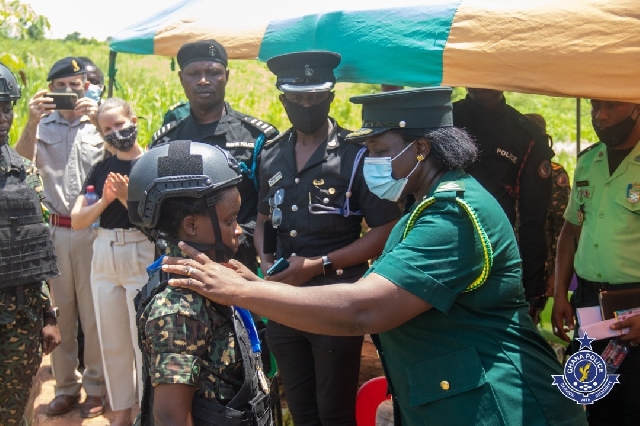