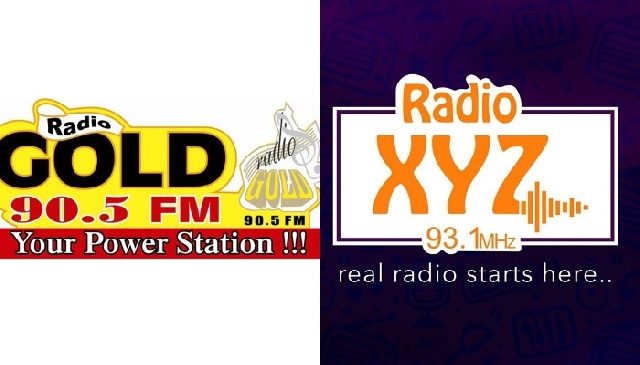 The governing board of the National Communications Authority (NCA), the spectrum regulatory agency under the chairmanship of Mr Isaac Emmil Osei-Bonsu, has approved new radio licence applications for Radio Gold, Radio XYZ and over 131 others.

A statement released by the NCA said a decision has been taken by the Ministry of Communications and Digitalisation to have the licences for the closed radio stations renewed.

The two stations, which are aligned to the main opposition National Democratic Congress (NDC) were among scores of others shut down by the Akufo-Addo government for not paying their operating licence fees for several years and flouting other obligations in line with their licences.

The decision was seen by the NDC as discriminatory.

The NCA, in 2017, insisted that freedom is best protected when rules of the game are respected by its key players.

The authority defended the closures as being “in line with Regulations 65(1) of the Electronic Communications Regulations, 2011, L. I. 1991”, which states that: ‘A person shall not use a radio frequency without authorization from the Authority’.

The National Communications Authority argued that it was simply enforcing its legitimate powers by shutting down FM radio stations that were operating without authorisation. 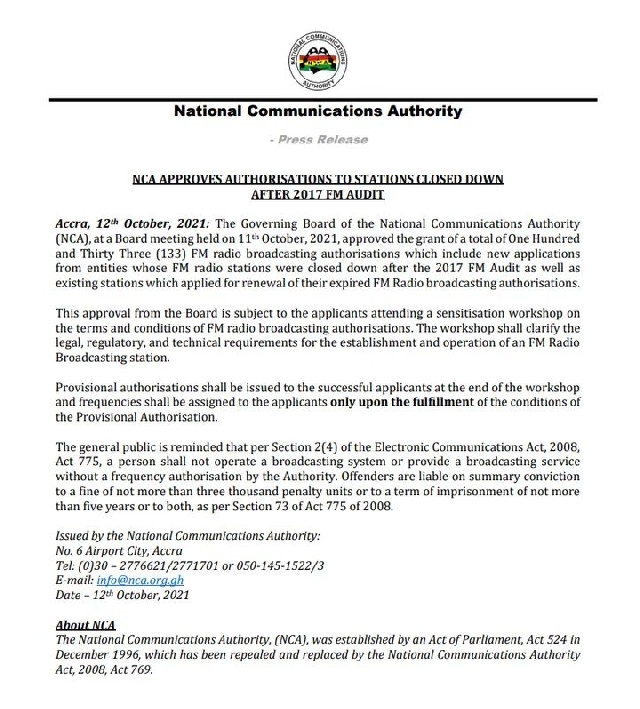