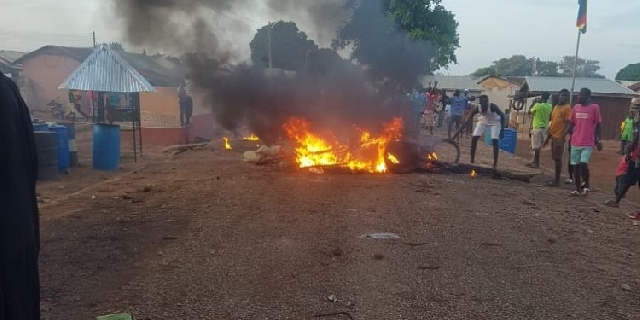 Several residents of Bimbilla in the Northern Region have sustained injuries in violent clashes between some security personnel and some members of the community on Thursday, 14 November 2019.

A joint police and military team stormed the area to prevent the Nakpa Na family from celebrating the Damba festival due to a ban.

This resulted in a stand-off between some members of the Nakpa Na family who resorted to the burning of car tyres to protest the enforcement of the ban by the security personnel, resulting in the firing of gunshots which left some individuals wounded.

Eyewitnesses said that the celebration of the festival by the Nakpa Na family was inappropriate as the Supreme Court had declared the Dasana Andani family the rightful heirs to the Bimbila skin.

The Regent of Bimbilla, Nyelin-Boligu Naa Yakubu Andani Dasana, was declared the rightful ruler and not Nakpa Na Salifu Dawuni, even though they all come from the same Gbugmayili clan.

The Overlord of Gonjaland, Yagbowura Tuntumba Bore Essa I, had imposed the ban on this year’s celebration of the festival due to the volatile nature of the area owing to the chieftaincy conflict.