TB Joshua death: How the international media reported it 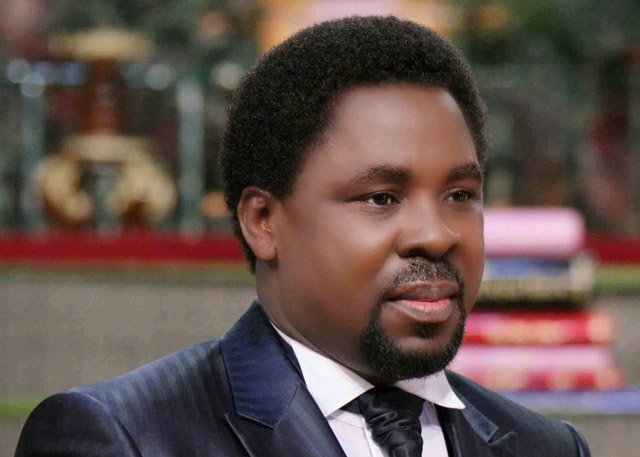 A prominent Nigerian televangelist has died hours after presiding over a program at his Lagos-based megachurch on Saturday.

Prophet T.B. Joshua, the founder of The Synagogue Church of All Nations (SCOAN), passed away one week before his 58th birthday, his church said in a statement Sunday.

"On Saturday 5th June 2021, Prophet TB Joshua spoke during the Emmanuel TV Partners Meeting: "Time for everything -- time to come here for prayer and time to return home after the service," T.B. Joshua Ministries wrote in a Facebook post.

"God has taken His servant Prophet TB Joshua home -- as it should be by divine will. His last moments on earth were spent in the service of God. This is what he was born for, lived for and died for."

Joshua's cause of death was not stated. Since his rise to prominence in the late 1990s, the popular preacher was renowned for his philanthropy, prosperity teachings, and purported healings and miracles.

SCOAN plays host to dozens of international guests, and local celebrities, who visit the worship center for prayers.

Emmanuel TV, the broadcast arm of the church, airs in Africa on DSTV -- a satellite service owned by South African firm MultiChoice. Joshua's ministrations and humanitarian outreaches in different parts of the world are showcased on the popular video platform.

In recent weeks, Joshua's YouTube channel was deactivated after he posted videos claiming to 'cure' gay members of his congregation of their sexuality.

In 2011, Joshua was listed by Forbes as the third-richest pastor in Nigeria with an estimated net worth of between $10 - $15 million.

SCOAN, however, denied the claims.

In 2014, a building on SCOAN's premises collapsed, killing more than 100 people -- most of whom were foreigners from South Africa.

Tributes have been pouring in following the passing of the famous preacher. A Nigerian social commentator, Japheth Omojuwa, has described Joshua's death as "a big loss to Nigeria."

"TB Joshua is a big loss to Nigeria and the Ikotun end of Lagos especially. His church is one of the major points of tourist attractions to Nigeria and I can't begin to imagine the impact of his death on businesses, people and the less privileged in that area. May he Rest in Peace," Omojuwa tweeted Sunday morning.

Nigerian preacher TB Joshua, one of Africa's most influential evangelists, has died at the age of 57.

A post on his Facebook page, which has more than five million followers, said: "God has taken His servant".

He was said to have died on Saturday shortly after conducting a live broadcast, but the cause of his death has not been made public.

Tens of thousands would attend his services, with top politicians from across Africa among his followers.

But his teachings and practises were also controversial.

In April, YouTube suspended his account due to allegations of hate speech after a rights body filed a complaint over videos showing the preacher conducting prayers to "cure" gay people.

Facebook also removed at least one post showing a woman being slapped while TB Joshua said he was casting out a "demonic spirit".

Tributes have been pouring in on social media for the preacher, widely referred to as Prophet TB Joshua by his followers.

Who was TB Joshua?

Temitope Balogun Joshua was the founder of the Synagogue, Church of All Nations. He was one of Nigeria's most popular televangelists but was perhaps the least flamboyant of his peers.

Tens of thousands of people have attended his weekly services in Nigeria's biggest city, Lagos.

His rise to prominence in the late 1990s coincided with the explosion of "miracle" programmes performed on national TV by various pastors.

TB Joshua was often mocked for lacking the finesse of his colleagues during "deliverance" sessions - an intense prayer that resembles exorcism.

His ministry professed to heal all manner of illnesses including HIV/Aids and attracted people from all over the world.

Known as the "Prophet" by his followers, he ran the Christian television station Emmanuel TV and often toured Africa, the US, the UK and South America.

In 2014, one of his churches collapsed, killing at least 116 people, including many South Africans.

A coroner in a Lagos court said "the church was culpable because of criminal negligence", but he never faced any charges.