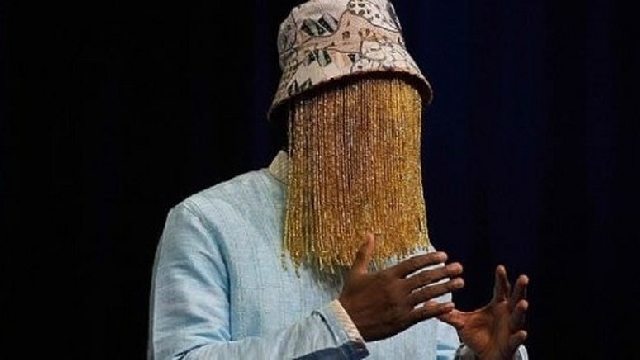 The Management of the Accra International Conference Centre (AICC), has refuted claims that it prevented Tiger Eye P.I from using the facility to screen its documentary ‘Galamsey Economy.’

This follows reports that Tiger Eye P.I had been prevented from screening its documentary on Galamsey at the AICC.

The Director for the AICC, Vivian Asempapa, who signed a statement issued by the AICC, on Sunday, 13 November 2022, indicated that her outfit had not said the venue was unavailable to be used by the company for the screening of the documentary.

“The initial confusion was due to a scheduling conflict at the level of the AICC staff and not in any way a political decision as being speculated,” the statement noted.

It added: “The matter has been resolved. We have made contact with the organisers and the event is expected to come off as scheduled.”

Tiger Eye P.I. in a statement issued earlier had said, the company “already fulfilled every requirement of AICC to use the place including payment for the venue despite last minute change in cost by about per cent (30%).”

The statement emphasised that: “Tiger Eye is saddened that barely 48 hours to the public screenings, when invitations have been sent to the diplomatic community and other high-profile individuals in society, and flyers sent out to the public, we have had to look for a new venue.” 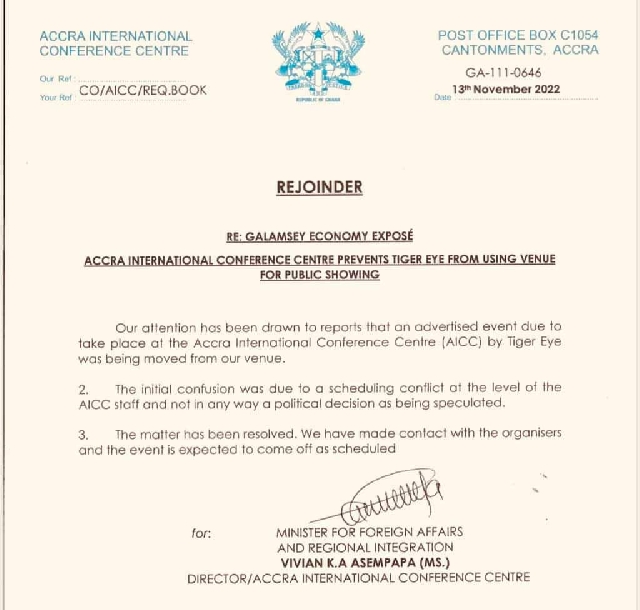