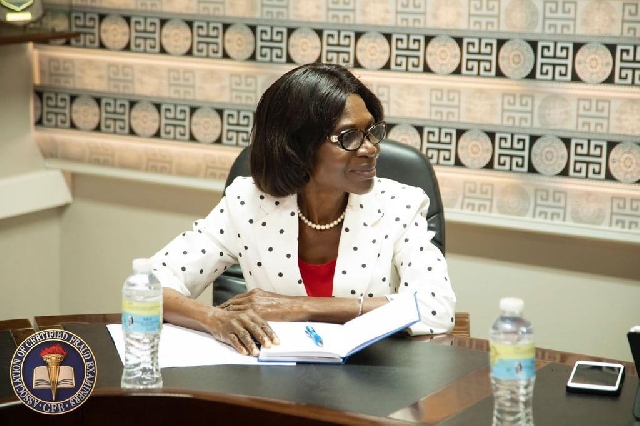 The Association of Certified Fraud Examiners (ACFE), the world’s largest anti-fraud organisation, has indicated its preparedness to help reduce the incidence of fraud and white-collar crime in the country.

The association is further promising to assist its membership in fraud prevention, detection and deterrence by delivering cutting-edge training and fostering a dynamic, global community of anti-fraud professionals.

The Ghana chapter of ACFE gave this indication in a press statement signed by its president Madam Rebecca Lomo, who is also a Certified Fraud Examiner (CFE) to mark this year’s celebration of anti-fraud awareness week on the theme: ‘Together We Can Fight Fraud’.

The ACFE sets a week in November every year to create fraud awareness and how to deal with it.

Fraud, according to the association of Fraud Examiners, is any activity that relies on deception to achieve a gain and it becomes a crime when it is a deliberate “misrepresentation of the truth or concealment of a material fact to induce another to act to his or her detriment.”

The statement noted that ACFE sets high standards, provides qualifications through the administration of the CFE examination and requires CFEs to adhere to a strict code of professional conduct and ethics among others.

The association is headquartered in Austin, Texas, USA, and supports over 90,000 members in chapters in over 180 countries including Ghana.

“The Ghana Chapter of the ACFE is proud to participate in the celebration of the 2022 Anti-Fraud Awareness Week and has adopted the fraud embraces all the multifarious means that human ingenuity can device, which are resorted to by one party to get an advantage over another through false representation or concealment of material fact,” the statement said.

Dr. Donald Cressey, a criminologist whose research on embezzlers produced the term “trust violators” stated that the three key elements common to all frauds are pressure, opportunity and rationalisation and he termed it the ‘fraud triangle’.

He concluded that a person is highly likely to pursue fraudulent activities if all three components are present.

The statement revealed that fraud cost the world US$3.7 trillion each year according to the ACFE report on Fraud to the Nations.

“The seriousness of the fraud problem is just not due to its increase and complexity but rather those who commit fraud and why they do so. Unfortunately, fraud perpetrators look like honest people and appear less likely to commit fraud; religious and saintly, very educated and knowledgeable, in a position of influence and well-to-do, self-confident and self-controlled,” the statement noted.

According to the statement, they have likeable attitudes and quickly establish relationships.

“We of ACFE believe that together we can reduce fraud in our dear Nations.

“We are therefore pleased to invite you to participate in this year’s International Anti-Fraud Awareness Week to support the global effort to minimise the impact of fraud by promoting anti-fraud awareness and education across nations,” the statement concluded