'Why do you name your child Owuo? It's foolishness, ignorance' – Duncan-Williams 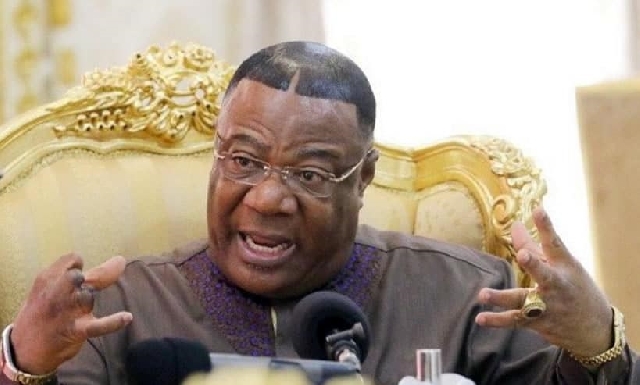 Archbishop Nicholas Duncan-Williams has said it is “foolishness” for any parent to name their child Owuo, which means death in the Akan language of Ghana.

Preaching on the theme: ‘It is well – keys to overcoming the adversary through activating the word of God’ on Sunday, 1 May 2022, the founder of Action Chapel International said parents must be careful the names they give to their children since the meanings and spirituality associated with those names follow the bearers.

Using his family as an example to teach the congregation, Archbishop Duncan-Williams said: “I found out many years ago that I had to do something about some of the names of my kids”.

“I was trying to respect and honour certain personalities in my family, so, I gave them some names”, he said, adding, however: “As time went on and I began to investigate the meaning of the names and I saw certain things that I was struggling with in their lives, I realised that I was recalling and reinforcing past situations”.

“I was enforcing a spirit and a curse and an influence”, he explained, adding: “I was recalling shadows of people who had existed in the past”.

“I was bringing back their shadows any time I mentioned their names and I had to disengage and discontinue some things in prayer”, he said.

“It’s not easy. So, it can be very complicated but you have to be very careful [about] the names you give to your kids and you have to also mind the meaning of your name, for Abigail said, ‘His name means a fool’ and so is he”.

“The Bible says, ‘A child is known by his name’. What is your name and what meaneth your name? Do you know the meaning of your name because any time you are called by that name, you are invoking something, you are recalling something, you’re enforcing something; so, you must know”, Archbishop Duncan-Williams advised.

He said: “One thing I like about the Nigerians is [that] they don’t just give names. If you check the meaning of their names, every one of them means something good. So, you have to watch names”.

In Ghana, he observed: “I’ve heard people called ‘Owuo’ – Death. Death doesn’t need permission to take you, it’s already looking for you, so, why are you calling death? Why do you call your child ‘Owuo’? Why? It’s foolishness but it’s also ignorance. Today, let your name be changed”.