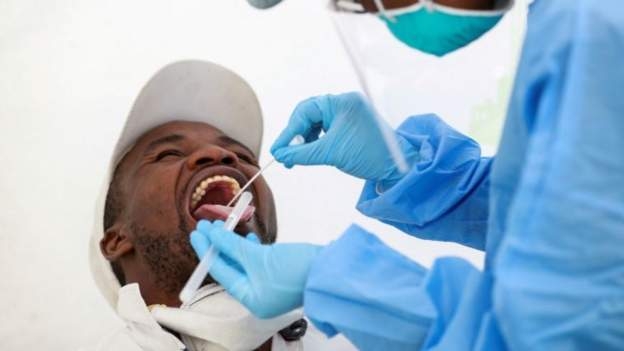 The Public Health Director at the Ghana Health Service (GHS), Dr Franklin Asiedu-Bekoe has said Ghana has begun conducting tests to determine if a new variant of COVID-19, which is spreading across the United Kingdom (UK) is in the country.

This follows reports of cases of the virus in the West African country of Nigeria and South Africa.

Speaking in an interview with Accra-based Citi FM, Dr Asiedu-Bekoe said: “We have adopted the strategy of testing people before they enter the country. We have made the PCR testing mandatory.

“We also do the antigen tests. When we get the positives, we pass them on to Noguchi to do the sequencing, they did it two months ago and did not identify any new virus strain.”

Dr Asiedu-Bekoe further revealed that so far, there is no evidence of the new virus strain in the country.

“However, per what we have gathered so far, there is no evidence of such in the country.” Dr Asiedu- Bekoe said.

According to the World Health Organisation, the new variant of the virus was recorded in South Eastern England early September 2020.

It has also been detected in Australia.

The new variant has a whopping 17 mutations.

To prevent further spread of the new variant of the virus, some countries in Europe are currently considering placing a ban on travels from the UK.

Belgium and Netherlands have suspended flights.

There is a ban on trains to Belgium.