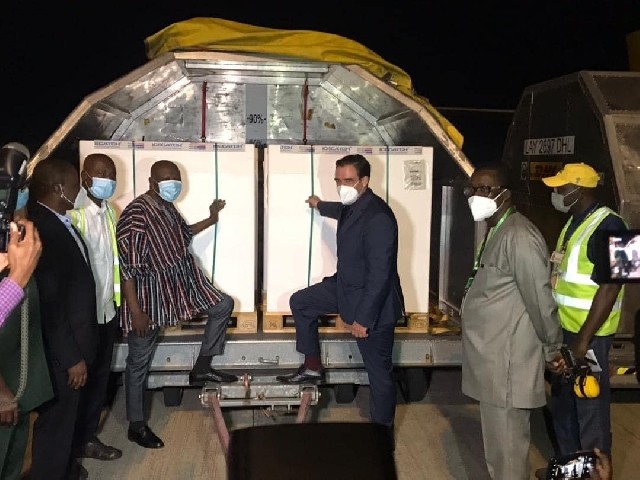 Ghanaian officials receiving the vaccines from the German gov't

Ghana has taken delivery of the 1.5 million AstraZeneca vaccine doses promised by the German government.

The Deputy Minister of Health, Mr Mahama Asei Seini, “today received 1.5 million doses of the AstraZeneca COVID-19 vaccines on behalf of the government of Ghana from the German government in support of the fight against COVID-19 in Ghana”, the Ministry of Information announced on Facebook. 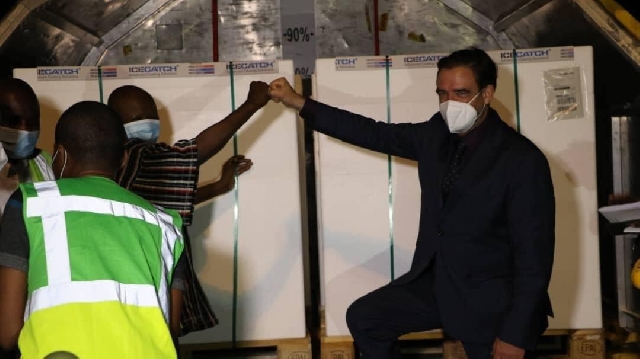 The consignment is one of the outcomes of President Nana Akufo-Addo’s recent visit to Germany and negotiations with Chancellor Angela Merkel. 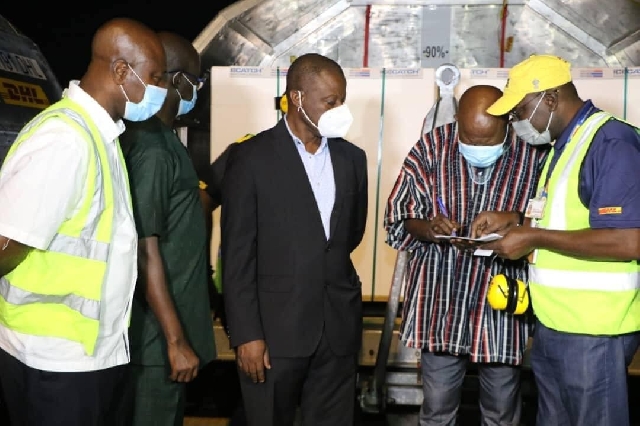 The Director of Communications at the presidency, Mr Eugene Arhin, on Monday, 30 August 2021, at the Jubilee House, told the presidential press corps: “The German Chancellor has made it known that, at least, Germany will be helping Africa with 70 million vaccines”.

“The President had a bilateral meeting with the German Chancellor – one of the things that came out was the vaccine”, he said.

“I am happy to inform Ghanaians that the German Chancellor made it known to the President that a total of 1.2 million AstraZeneca vaccines were to be given to Ghana”, Mr Arhin announced. 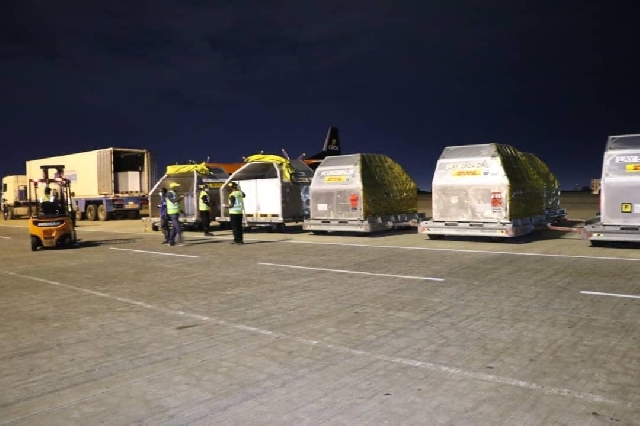 “A few moments ago, I got confirmation from the President that this has increased to 1.5 million”.

“According to the President, he is dispatching a plane to Germany to take delivery of the vaccines,” Mr Arhin said.

So far, about 1.6 million Ghanaians have been vaccinated.