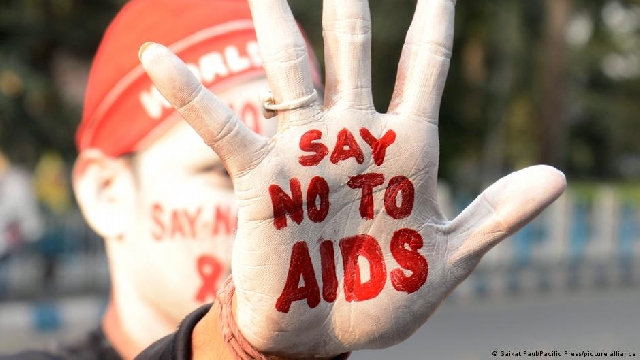 After being in the news over the impasse between the residents of Kroboland and the management of the Electricity Company of Ghana (ECG) to install pre-paid metres, the people of Lower Manya Krobo, Upper Manya Krobo and Yilo Krobo are in the news again as having the highest HIV/AIDS prevalence rate in the Eastern Region.

According to data from the Ghana Aids Commission, the three Krobolands came first in the top five districts with the highest HIV/AIDS prevalence rate in the region.

The remaining two districts are Asuogyaman and Kwahu West.

Dr. Ebenezer Abrakwah, the Eastern Regional Director of the Ghana Aids Commission, made this revelation while speaking in an interview on the mid-day news on Accra 100.5 FM today Friday, September 2, 2022.

According to him, these five districts out of the 33 districts have been adjudged the top districts with the highest HIV/AIDS prevalence rate.

It is the reason the commission has started the process to engage with the National Commission on Civic Education and the Information Services Department to help in the education of the people in the region.

He said people between the ages of 15 to 49 are persons rapidly contracting the disease in these districts.

"Of every 100 persons in these districts 22 are positive carriers of the disease," he narrated.

He said the commission will begin mass testing during funerals, festivals among others, which are considered to be triggering the rise in the prevalence rate in the region.

He added that the commission is also engaging with SHS students on the need to abstain or use condoms.