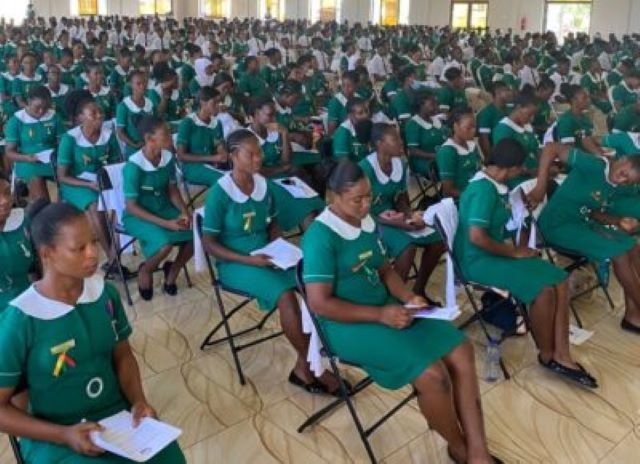 Vice President Dr Mahamudu Bawumia has disclosed that the Kpembe Nursing Training College in Salaga in the East Gonja District has been given the approval by the Ministry of Health to run BSc in Nursing and BSc in Public Health programmes, and pending ratification by the Ghana Tertiary Education Council, the courses should start to run next year.

Dr Bawumia revealed this when he called on the Kpembe Wura and his elders over the weekend as part of his continued working tour of the Northern regions.

In the Savannah Region, he called on Chiefs and people of communities such as Kpashei, Kpalbi and Salaga respectively.

He commissioned and also inspected on-going Government projects in these communities, including the Agenda 111 District Hospital at Kpalbi in the North East Gonja District, the Fufulso-Bunjai road, water projects, and other infrastructure projects for the people.

Finally, he commissioned a market complex in Salaga, and assured the people that under the Government of President Akufo-Addo and the NPP, the newly-created Savannah Region will continue to see accelerated and unprecedented development.