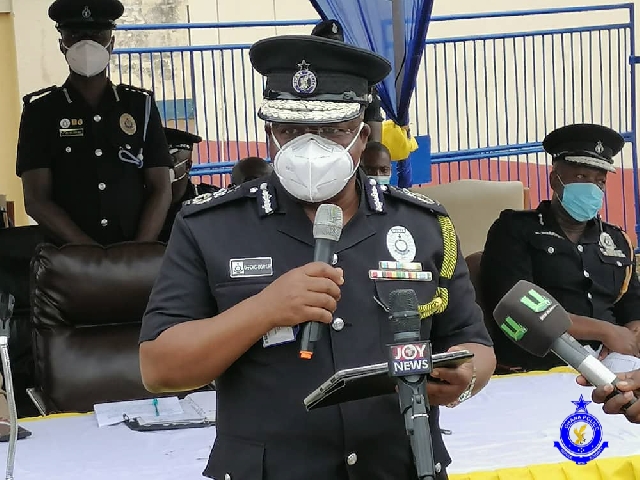 The Inspector-General of Police (IGP), Mr James Oppong-Boanuh, on Tuesday, 17 November 2020, laid a foundation stone for work to begin on a 50-bed capacity hospital for the Ashanti regional police command.

The project, funded by the Ghana Police Service, through contributions from their welfare scheme to be manned by a Police Medical Director, is expected to be completed within 10 months.

The IGP commended COP Nathan Kofi Boakye, the current Director-General in Charge of Legal and Prosecution, for initiating the project six years ago when he was the Ashanti Regional Police Commander.

The IGP described the project as a laudable and visionary initiative.

According to him, the hospital will be taking care of retired police officers, inmates from various police stations and other security personnel could also access health care at the facility.

Mr Oppong-Boanuh added that the facility, when completed would ease pressure on the Police Hospital in Accra and other facilities in the Ashanti Region.