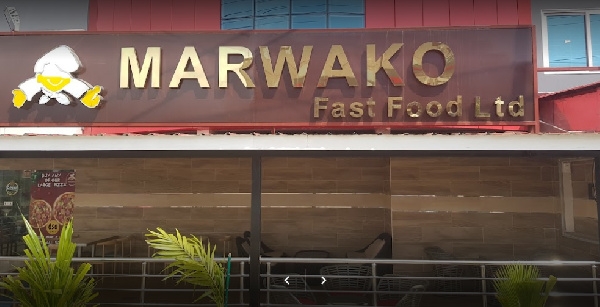 The FDA has said, the East Legon branch, where the suspected food poisoning occurred had its food hygiene permit expired at the time of the incident

Fifty-three persons who ate from the Marwako Fast food and restaurant are being treated at various health centres in Accra.

The 53 are being treated for suspected food poisoning after eating from the East Legon branch of the restaurant.

According to management of the restaurant,as of Thursday, 12 May 2022, the figure recorded was 53.

Public Relations Officer (PRO), Alhaji Mohammed Amen Lamptey noted that, the figure could go up as 3 separate teams have been dispatched in search of victims.

4 branches of the restaurant including Abelemkpe, Spintex, La and East Legon, have been closed down so far.

The FDA has said, the East Legon branch, where the suspected food poisoning occurred had its food hygiene permit expired at the time of the incident.

Also, it has been detected that the La branch of the restaurant had no food hygiene permit.

The FDA closed down the East Legon branch of Marwarko restaurant following complaints from the public about suspected food poisoning.

The FDA said together with other relevant agencies, it has started investigating the claims.

The Authority has assured the public that it would thoroughly investigate the matter and take appropriate actions.

Additionally, the FDA, in a statement, noted that it is ensuring strict implementation of its protocols to prevent any further harm to the public.

Some persons who ate from the restaurant last weekend complained of food poisoning on social media.

“This is crazy because I have 5 children turn up at the ER since Sunday who went out to eat at Marwako over the weekend and they are all on admission”, a customer named Efua tweeted.

Another customer, Omar Gyabo Abdullah, also said: “Ate at Marwako with some friends on Sunday, 8th May, my friend and I took fried rice and chicken while the 3rd person took chips and chicken. On Monday, I was facing hell, only for my friend to call to tell me his ordeal.”