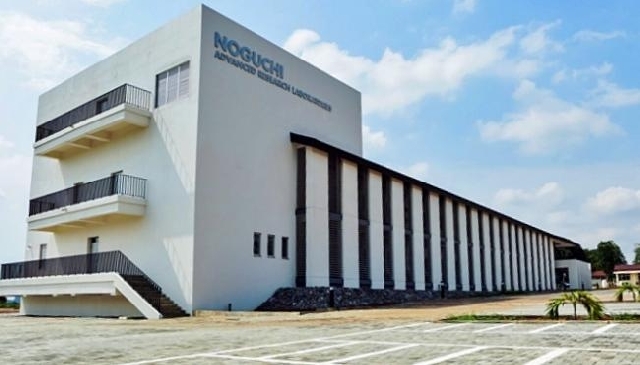 The Noguchi Memorial Institute for Medical Research (NMIMR) has denied falsifying COVID-19 test results as claimed by one Kofi Acheampong.

NMIMR said in a statement on Wednesday, 3 March 2021 that its 5-member investigative committee as well as the National Intelligence Bureau (NIB) found the claim to be a lie.

Mr Acheampong, according to the statement, had claimed that the facility found him positive for the virus but a staff there later proposed to him that he could have it changed for a fee of GHS500, to which he obliged just so he could travel to the UK.

Mr Acheampong also alleged that a test in the UK three days after he arrived showed he was negative.

He, thus, suspected he had been negative all along but was deceived with the first test at Noguchi just so he could be exploited.

It, however, noted: “There was no evidence in the NMIMR data and reporting system for the generation of another report (negative) for Mr Kofi Acheampong”, adding: “Without giving credence to the supposedly UK NHS negative COVID-19 result that was also circulated on social media, we would like to state that, scientifically, it is possible for a person to test positive for COVID-19 and convert to negative status within a few days”.

“The technical data from Mr Kofi Acheampong’s COVID-19 test gave a cycle threshold (Ct) value of 36.12, which suggested that his viral load was low, or he was on the path to recovery,” Noguchi added.

The Institute said its findings tallied with that of the National Intelligence Bureau (NIB), whose report “revealed that, contrary to claims by Kofi Acheampong, he neither received a phone call from anyone at NMIMR promising to change the test results at a fee nor did he return to NMIMR after he left the place on 12th January 2021.”