Petition us, go back to work – Health c’ttee to striking lab scientists 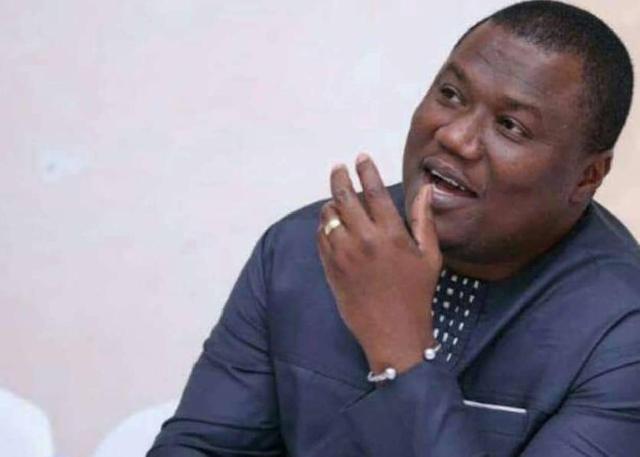 The Chairman of the health committee of parliament, Dr Ayew Afriyie, has appealed to striking lab scientists in the country to call off their industrial action and petition the legislative body to intervene in the impasse – the presence of two medical doctors at the haematology unit of the Komfo Anokye Teaching Hospital (KATH).

So far, lab scientists in eleven of the 16 regions in Ghana, have declared a strike in one form or the other in solidarity with their colleagues at KATH, who have declared a full-scale strike after a week’s sit-down.

Speaking to the parliamentary press corps on Thursday, 27 May 2021, Dr Afriyie said: “We have not been petitioned on the matter but, as an issue of public concern, we would want to speak on it”.

“We represent our constituents and the harsh effects of the decision of the total strike by the laboratory scientists eventually will be borne by our constituents. It is in this regard that we see the need to hold a common position to speak on this issue at the moment.”

So far, lab scientists in eleven of the 16 regions in Ghana, have declared a strike in one form or the other in solidarity with their colleagues at KATH, who have declared a full-scale strike after a week’s sit-down in demand for the removal of two doctors from the hospital’s haematology unit.

According to Dr Ayew, “we have worked very much with various stakeholders in line with our standing orders before and we are able to take petitions and work to satisfy the public interest”.

“We have worked with the laboratory scientists just last year before the new Teaching Hospitals Amendment Act was passed”, adding: “When they felt their views were not taken and they petitioned us, we listened to them and felt the need for them to be represented on board.”

He, thus, expressed disappointment with the lab scientists for going ahead with the strike on the committee’s blindside.

“So, we are disappointed that on a major issue of this nature, they failed to inform us about it to discuss it and then they went ahead to proceed on a strike without involving us; we are worried”.

“It is because of this that we are asking them jointly that we will need them to come and meet with the select committee on health, we’ve been there for them before and we can be there for them again. We are ready to listen to them and provide them with hope on the matter.”

“This strike is about an issue that is not on their conditions of service, and that is normally the main reason for strikes”, Dr Afriyie said.

“This is an issue we consider important, however, it should not affect the lives of our constituents, and we can have a common ground on it”, he added.

“We are ready to engage them and bring all the various stakeholders”.

“So, we are, by this note, asking for their petition to sit on it with all the stakeholders to come to a middle point, and we want to say that they would have to go back to work.”