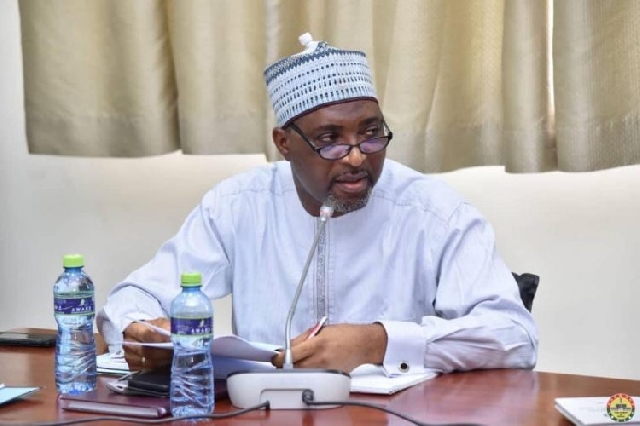 Police in the Ashanti Region are allowing themselves to be used by the governing New Patriotic Party (NPP), as oppressive tools against members of the main opposition National Democratic Congress (NDC), Asawase MP Muntaka Mubarak has said.

Speaking to media on Wednesday, 28 October 2020, following the arrest of some 10 NDC members in his constituency at the weekend by the anti-robbery unit of the regional police command, the opposition lawmaker said the state-sponsored police harassment has been consistent.

“During the registration exercise at Abotia Line, they just came, without asking questions, just took our agents, three of them; the same anti-robbery unit, took our agents and said they’ve been told that they are holding Electoral Commission material which they are not supposed to hold… the three agents had to pass the night in their cells.

“In KUMACA, when they were arresting minors and our agents were challenging them, the NPP called this same unit, they came there, did not ask any questions; they just picked our agents and took them away…

“We know they [police] are being used by the ruling government to foment trouble here”, Mr Muntaka said, adding: “They want to push us to the wall so that when we act, they say: ‘You see how the NDC guys are behaving’”.

He, however, noted that: “We are civil, we will continue to remain calm”.

“We’ll want to act within the law but we are urging the police to be mindful of these NPP people that try to use them to act wrongly”, he cautioned.

“How many complaints have we not made? Did we see you act in the same way?” he wondered.

He said: “We hope the police will remain professional and draw the line on both sides”.