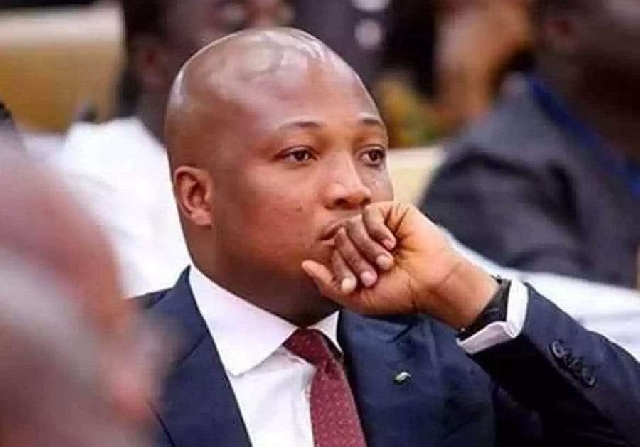 Member of parliament for North Tongu, Samuel Okudzeto Ablakwa, is asking for a full scale investigation and full disclosure in the use of a luxurious private jet by President Nana Addo Dankwa Akufo-Addo at an amount of GHS2.8 million on his recent travels even as the country goes through economic hardship.

According to Ablakwa, per his findings and calculations, the President spent £345,000, that is GHS2,828,432.80 at the current exchange rate in flight cost during his nine-day visit to France, Belgium, South Africa, and back to the country.

The NDC Member of Parliament for North Tongu said he has filed an urgent question in Parliament over what he considers to be wasteful expenditure on President Akufo-Addo’s foreign travels.

The former deputy Education Minister who spoke on Class FM’s political talk show The Watch Dog said he wants the President to stop the profligate expenditure.

He said: “When you fly this way to go and beg who will take you seriously so we want the president to stop using this particular flight, we want full accountability, full disclosure, that is why the defense minister has been summoned, he is in charge of the air force, we want to hear the professional advise that went into not to use this presidential jet that can fly eight hours non-stop.

“We want to know why he did not opt for that because it even has security implications when your air force commanders who are loyal to the state, loyal to the commander in chief, you leave them at home and go for these private people we are not too sure who they are just because you want to enjoy luxury…so we want full disclosure, full accountability as well. All the incidental cost, how much did it cost the taxpayer.

“Also, Parliament has approved the budget for government machinery. This expenditure was not included. This kind of flight arrangement has not been approved and by our public financial management act we will be pursuing all of these matters because these are expenditures they have incurred without parliament approval.”