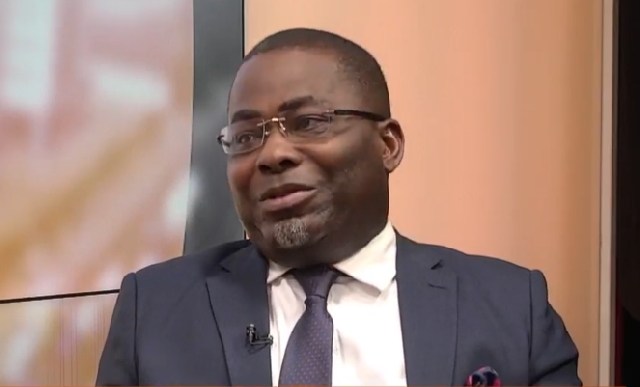 Galamsey queen Aisha Huang was arrested three times under the erstwhile National Democratic Congress administration but was left off the hook each time, presidential staffer Charles Bissue has said.

According to the former Secretary to the Inter-Ministerial Committee on Illegal Mining, during the “time that the NDC were in power, I heard that Aisha Huang was arrested three times and she was left off the hook”, he told Accra-based Joy News on Thursday, 15 September 2022, adding: “And at the time of the NPP, the team that I led arrested about three or four excavators around the Potsin and Amansie areas thereabouts and we confiscated them”.

“The intelligence we got was that the excavators belonged to her [Aisha Huang]”, Mr Bissue noted.

Rebutting accusations by the opposition National Democratic Congress that the Akufo-Addo government was complicit in Aisha Huang’s illegal mining activities because she, allegedly, is a financier of the New Patriotic Party, Mr Bissue said: “The time that we actually were told she was deported, I remember when Ken Brant and Tiwaa, then the CID boss, they reported to her that she had come back through Togo and Tiwaa was swift in dealing with the matter”.

“I think she [Aisha Huang] was about to be caught then she ran out again…she even left certain things, personal belongings”, Mr Bissue added.

“So, when she came back, if, allegedly, she was the financier of the NPP, first of all, she would not have left the country…so, they [NDC] must come up with evidence to say that she has given money to certain persons,” Mr Bissue countered.

Apart from Mr Bissue, the Editor-in-Chief of the New Crusading Guide, Abdul-Malik Kweku Baako, had also said in the past that Aisha Huang was arrested three times under the NDC administration but let go each time.

"This particular Chinese woman [Aisha Huang], I have it on record, was arrested three times during the previous administration [NDC government], three times she was released; a very powerful woman who operates more within the Ashanti Region, especially Kumasi”, he noted.

"She's got connections, from my checks, also in this administration [Akufo-Addo government]. She appears to be a very smooth operative. She's built a network across the political divide. Her agents [are] placed in state institutions and she's able to wriggle herself out of danger or trouble anytime she's touched," Kweku Baako noted, adding: "I hope it doesn't happen this time around."

"…And she's got accomplices; the other one is called Monica, they're powerful. Part of their strength is that they resorted to a certain system of blackmailing”.

“They have video and audio recordings of people who are powerful, of people who we’ve entrusted with responsibilities to protect us as a people. That’s how dangerous the game is and that is where the strength, the power of these Chinese women is coming from”.

"They have video and audio recordings of their conversations with some strategically placed persons from then and now; and some they are having sex with or their girls, mainly Chinese, who they brought into town, who sleep with these big men or big guys well-placed; and they have them and they use it to blackmail our big men into submission, that's how powerful they have become," he added.

Speaking on her client’s re-arrest and detention, however, Mr Nkrabeah Effah Dartey told Class91.3FM’s Korku Lumor on the 505 news programme on Wednesday, 14 September 2022 that he knows nothing of the alleged sex tapes.

“I don’t know about that. I’ve not been told. I’ve not heard. She has not told me about it”.

Meanwhile, Mr Effah Dartey has expressed anger about the manner in which the state is treating his client.

He said his client was let go on his blind side after she was first arrested and arraigned in 2018.

“On the day that the nolle prosequoi was entered, I told the police that I’m going with my client because the court has discharged her and the case struck out, then the police officers said: ‘Oh, Captain, we are going to do some documentations at the police headquarters, so, later’. I said: ‘Very Well’. The next day, I heard that my client had been sent out of Ghana by the next flight back home to China”, he recounted of 2018.

“Now, in law, what is the legal implication of this act? Was she deported? If so, where is the executive instrument signed by the president? Where is the deportation order signed by the Minister for the Interior? Where is the act of parliament declaring her persona non grata?” he asked.

“And, so, no wonder it is very difficult to establish the actual legal basis for sending her out of Ghana in March 2018. My conclusion is that it was not based on any legal action, and, so, that did not mean that Aisha could not re-enter Ghana”, he argued.

The retired military officer said he was not given any documents concerning his client’s deportation.

He said: “When I heard that my learned friend, the Attorney General, had made a pronouncement on Aisha’s case at the Bar Conference, I was more than the word shocked, because the nature of the Aisha Huang case is such that, honestly I don’t understand”.

“The Constitution says when you arrest somebody, within 48 days you must take the person to court to show the reason why you cannot admit the person to police enquiry bail, so, she was sent to court on 2 September and the police told the court that investigations are continuing, so, the court gave them two weeks; two weeks comes up today, and they tell the court they are still investigating, so, the court gave them another two weeks. So, what is going on? If you don’t have the facts, if you don’t have concrete evidence, to nail Aisha Huang, why arrest her?” he fumed.

“Apparently, there seems to be more than meets the eye. There seems to be a lot more happening behind the scenes that we don’t know and this clouds the whole process”, he noted.

He added: “I don’t understand why this simple case of selling minerals and mining without licence has assumed such tremendous proportions as if Aisha Huang is the only galamseyer in Ghana”.

The case has been adjourned to the 27th of September 2022.