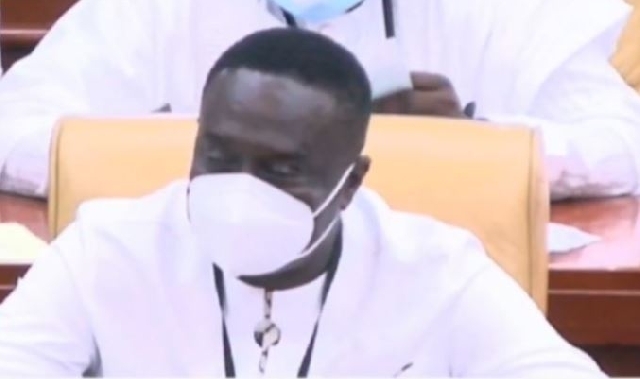 James Gyakye Quayson has said his victory in the 2020 parliamentary election in Assin North was a pure and legitimate one and therefore, he and his party, the National Democratic Congress (NDC) shall resist every attempt to subvert the true will of the people of Assin North

Mr Quayson’s comment comes after the High Court in Cape Coast on Wednesday, 29 July 2021 cancelled the 2020 Assin North parliamentary election results and ordered a re-run of the polls.

Mr Quayson was also ordered by the court not to hold himself as a Member of Parliament for the constituency.

This was after he was dragged to court for holding dual citizenship when he contested the election contrary to Article 94 (2) (a) of the 1992 Constitution of Ghana, which states: ‘A person shall not be qualified to be a Member of Parliament if he – (a) owes allegiance to a country other than Ghana’.

But Mr Quayson in a statement said he has always been a sincere, loyal, law-abiding and patriotic citizen who only set out in good conscience to and serve the great people of Assin North with all his heart and with all his capacity.

He noted that “Our massive victory in Assin North on December 7, 2020, was a pure and legitimate one handed over to us by the discerning people of Assin North and we shall resist every attempt to subvert the true will of the people,” adding “Victory from the masses is far superior to the dark machinations of an elite few.”

He assured his constituents that he is in high spirit and confident that “this momentary travesty shall rather make us emerge stronger” and urged them not to be worried or discouraged because “the confirmation of our historic victory beckons.”

He added that the victory of the NDC and all true democrats shall not be stolen.

He also expressed gratitude to the chiefs and people of Assin North for what he described as “the remarkable show of love and unparalleled resilience” and “the solidarity from the rank and file of the NDC and the general public”.

Meanwhile, the Minority in Parliament says it will contest the ruling.

Minority Leader Haruna Iddrisu told the media on Wednesday, 28 July 2021 that “He [Quayson] won outright as a citizen, born and bred in that community but for some time had to settle in Canada. He subsequently, as I understand, renounced his citizenship, express so far back in 2019, got his certificate at least before the elections.

“We in the minority remain unshaken, we are confident that it is our seat, it’ll remain our seat. Our first option is to use the same legal processes and legal forum and opportunities available within the constitution.”

“We are equal, 137-137. What is happening is the courts are now being used to tilt the balance of power and to weaken the time-tested historical notion of checks and balances.”

He insisted that “justice must not only be done but must manifestly and undoubtedly be seen to be done. What happened this morning in Cape Coast, we are told that even when the Supreme Court of Ghana directed Hon Quayson and his legal team to go and file appropriate legal motions for the matter to be referred to the Supreme Court, he was denied that. That is repugnant and upfront to his right to a fair trial guaranteed under Article 19 of the 1992 construction.”

“Danger begets our democracy with the developments happening,” he added.