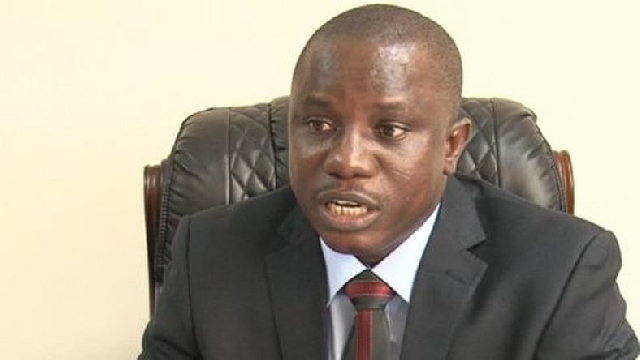 Members of the opposition National Democratic Congress (NDC) must bow their heads in shame for playing propaganda with the deployment of soldiers to the various border towns in Ghana, as part of measures to prevent the citizens of neighbouring countries from smuggling themselves into Ghana and bringing along with them more COVID-19 cases, Defence Minister Dominic Nitiwul has said.

The Bimbilla MP’s comments came after the Volta Caucus of Ghana’s Minority in Parliament, on Monday, 29 June 2020, gave the government of Ghana a 24-hour ultimatum to immediately withdraw the army personnel deployed to the region’s borders.

The Chairman of the Caucus, Mr Emmanuel Bedzrah, told journalists at the NDC’s bi-weekly press briefing that: “The fire has been lit and we the Voltarians are ready”.

Responding to the NDC Minority at a press briefing organised by the Minister of Information, Mr Nitiwul said: “I believe that if they are watching this press conference, they will revise their notes and they should be bowing their heads in shame because they lied to the people of Ghana”, adding: “As we have all been told now, the numbers in the Volta Region are some of the lowest of the deployment, so, when you are giving the ultimatum, are you giving the ultimatum for those in the North-East Region to also be withdrawn, those in the Northern Region to also be withdrawn?”

“Are you speaking for those people as well? What about Upper West? They should also withdraw as well when Tumu people are happy that the soldiers are there and they have been there for a year-and-a-half? It’s not like yesterday that security personnel have been deployed. Other people have been with them for a year-and-a-half”, Mr Nitiwul said.

Mr Nitiwul explained that the soldiers and officers of the Ghana Armed Forces have been deployed to border areas across the entire country and not just to the Volta and Oti Regions as claimed by the Minority and former President John Mahama.

The ‘Enhanced Calm Life’ operation, he noted, will last for as long as the President keeps Ghana’s borders closed.

“I want to urge the people who are going on that particular tangent to drop it. It doesn’t help us”, the minister noted.