‘Deliver our husbands from every Chantel’: Kudjawu issues defamation notice to Sheila Bartels 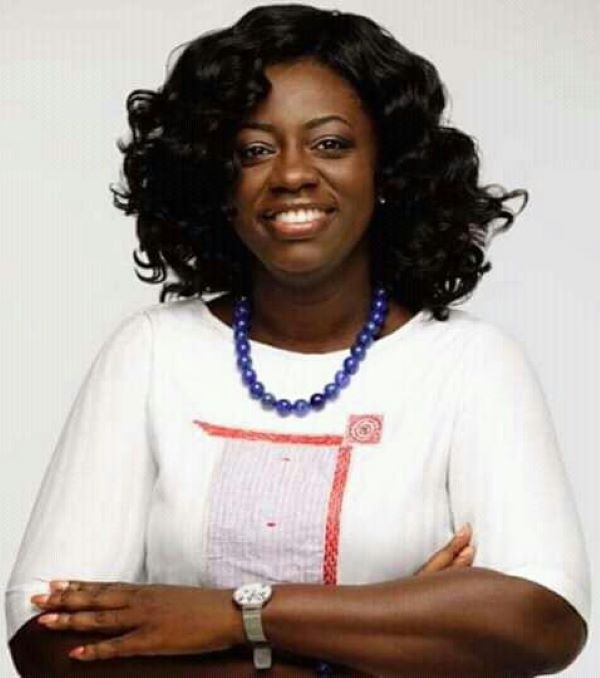 Mrs Chantelle Kudjawu has taken on Ablekuma North MP Sheila Bartels over her ‘Deliver our husbands from every Chantel’ Facebook post, which, in the businesswoman’s view, cast a slur on her reputation and morality.

The lawmaker made the Facebook post after Mrs Gloria Arhin, the estranged wife of Mr Eugene Arhin, the Acting Communication Director at the Presidency, in her divorce petition, accused her husband of having extramarital affairs with one ‘Chantel Kudjawu’.

Read below the defamation notice that Mrs Kudjawu’s lawyers, Clinton Consultancy, wrote to the Ablekuma North MP about her comment:

We are a firm of solicitors based in Accra that act for Mrs. Chantelle Kudjawu in connection with the identification and pursuit of identified instances of libelous statements across the internet.

This matter concerns the divorce petition instituted by Mrs. Gloria Arhin last week against her husband Mr. Eugene Arhin, the Director of Communications at the Presidency.

Immediately after the divorce petition was widely circulated online, as a politician and public figure, you posted on your Facebook page:- “Because of the multitude of the whoredoms of the well-favoured harlot, the mistress of witchcrafts, that selleth nations through her whoredoms, and families through her witchcrafts. Deliver our husbands, from every Chantel.”

Kindly note, our client was wrongfully and falsely accused by Mrs. Arhin in her divorce petition filed against her husband and this matter will be settled at the High Court in an ongoing defamation suit.

Because of your position as a public figure, your post was widely circulated in the media and last Saturday 13th February 2021 was featured in an article on Ghanaweb titled “Deliver our husbands from every Chantel – Sheila Bartels prays.”

This was the highest read article on Ghanaweb last Saturday.

Your words were widely interpreted to mean and understood to mean that our client “Chantel” is perverted in character, dishonourable, without credibility, of perverted behaviour and fell short of public morality by causing Mrs. Arhin’s husband to commit adultery. Whether coincidental or not, your post came at a time when Mrs. Kudjawu had been mentioned in the divorce suit filed at the Accra High Court by the wife of the Director of Communications at the Presidency.

Do note that our client is a principled and law-abiding professional, who works as a private investigator in Canada, with three children who does not compromise on the integrity and dignity of her marriage. She also has a Master’s Degree in Political Science from a reputable University in Canada, and holds a Certificate from Harvard University.

We hope that in future that you may be more reflective of the influence your social media posts have particularly when referencing matters that gain the public’s attention. We further ask that until serious accusations shared in the public space are substantiated; vilifying, referencing or labelling other women as a particular type or category of debauched woman may be reserved for those without such a serious portfolio as yourself.

We thank you for considering the matters discussed in this letter.