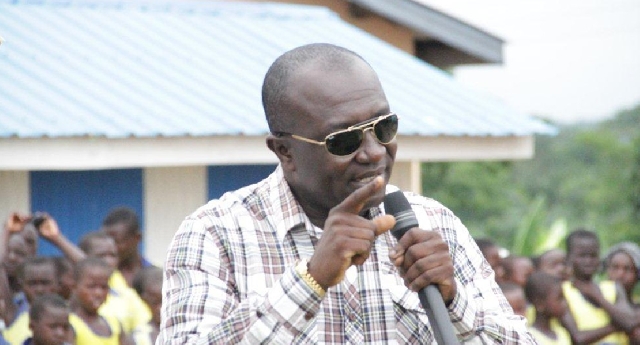 A former New Patriotic Party (NPP) lawmaker for the Obuasi Constituency in the Ashanti Region, Mr Edward Ennin, has attributed the chaos that characterised the voting process on the controversial e-levy bill on the floor of parliament on Monday night, to many of the MPs of both caucuses being too young and inexperienced.

According to the former MP, who was the Vice-Chairman of the Lands and Mines Committee of Parliament, many of the current lawmakers are political neophytes who have no idea about seasoned leadership.

“In our time, we had seasoned leaders who could handle affairs at the committee levels and not the plenary,” he stated.

He said the current MPs are banking their hopes on their youthful exuberance, which is fast derailing the image of Ghana's Parliament.

“It is worrying how youthful exuberance is fast playing out on the floor because many of them have nothing to lose because they know they are possible one-time MPs”, he said.

“The way these young MPs are quick to vent their spleen on some decisions they are not pleased with is worrying, to say the least,” Mr Ennin stated.

He stressed, “Many of these MPs on both sides of the house are too young and inexperienced on the workings of Parliament.”

Mr Ennin said these on Accra-based Happy FM on Tuesday, 21 December 2021 in reaction to the free-for-all brawl among parliamentarians over the passage of the e-levy on Monday.

Mr Ennin explained that the house has lost seasoned leadership, unlike the days of the fifth Parliament.

He noted that the posture of the Majority Leader toward his colleagues on the Minority side does not show leadership.