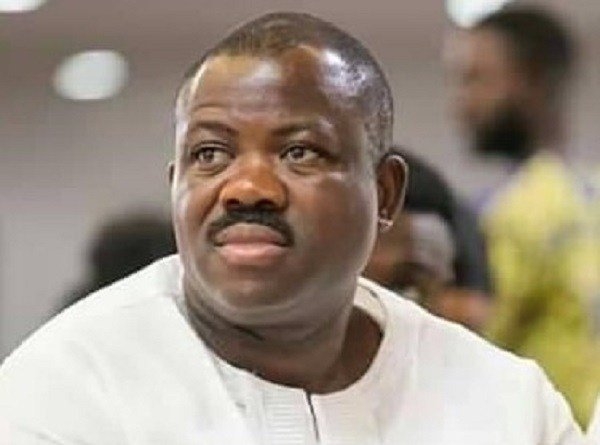 The National Democratic Congress (NDC) has attributed the chaos and stalemate in the eighth parliament to the law of karma catching up with the governing New Patriotic Party (NPP) for allegedly scheming with the Electoral Commission (EC) to steal the verdict of the people during the December 2020 general elections.

According to the NDC, what is happening in parliament under President Nana Addo Dankwa Akufo-Addo is the price the party has to pay for the atrocities it committed against the good people of Ghana during the last elections.

The National Organiser of the party, Mr Joshua Akamba, said under Mr Akufo-Addo, eight innocent voters lost their lives because of the heavy-handedness of the security personnel deployed to police the polls.

The NDC further explained that it is the first time in the history of elections that people who set out to exercise their civic duties were killed by security operatives.

Mr Akamba made the revelation in an interview with Iddrisu Awudu, host of Accra100.5FM’s morning show Ghana Yensom on Thursday, 23 December 2021.

He said the impasse in parliament relating to the 2022 budget, is the price the NPP government is paying for conniving with the Jean Mensa-led Electoral Commission to change election results six times in favour of Mr Akufo-Addo.

According to him, what is happening in the eighth parliament is a result of the atrocities the NPP committed against the good people of Ghana in the last elections.

Commenting on a recent meeting between the President’s cousin, Mr Gabby Asare Otchere-Darko and former President John Dramani Mahama, at the latter’s private residence in Accra, Mr Akamba questioned the locus of Mr Otchere-Darko on matters of national interest.

“As a party, we have always believed that it is the likes of Gabby Otchere-Darko who are ruling the country, with the president sitting aloof in the cosiness of the Jubilee House,” he said.