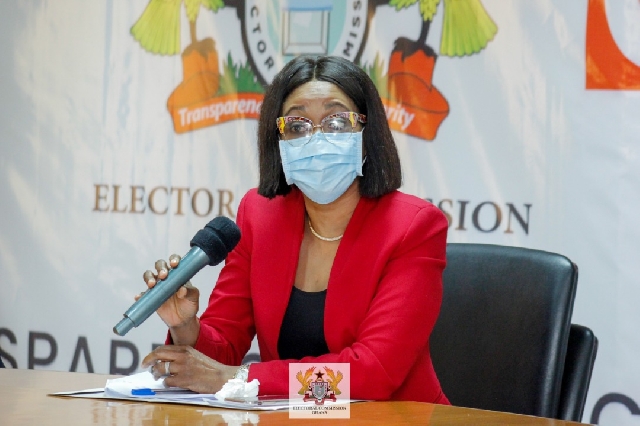 Nominations for the Mfantseman Constituency has opened

Nominations for the Mfantseman constituency has opened, the Electoral Commission (EC) has announced.

This was disclosed in a statement by the election management body.

It noted that it is extending the nomination for the constituency to enable a replacement of the candidate.

This is in accordance with Regulations 13, sub-regulation (4) of Public Regulations 2020 (C.I 127), which states that: 'Where, at the close of nominations, but before the election, one of the Candidate dies, a further period of ten (10) days shall be allowed for nominations.'

The Commission indicated that it will, therefore, receive nominations for the Mfantseman Constituency on Tuesday, 20 and Wednesday, 21 October 2020.

The EC, therefore, urged persons intending to contest the seat, to send their nomination forms to its Mfantseman District Office from 7 am to 5 pm on the scheduled dates.

The opening of nominations by the EC has been necessitated by the death of the New Patriotic Party’s Member of Parliament and parliamentary candidate for the area, Mr Ekow Hayford.

He was shot dead by armed robbers on the Abeadze Dominase-Abeadze Duadzi-Mankessim road on the dawn of Friday, 9 October 2020.

Meanwhile, his second wife, Sarah Hayford, has said she had no idea the MP