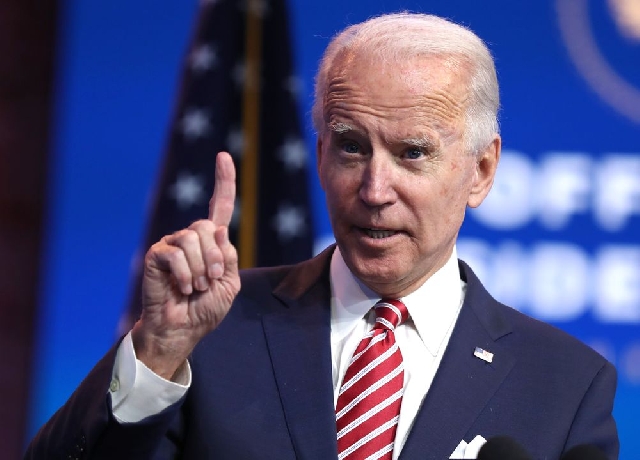 Ghanaian civil society group Alliance for Social Equity and Public Accountability (ASEPA) has petitioned the government of the United States through its embassy in Ghana to impose visa sanctions on lawmaker Kennedy Agyapong for threatening the life of a journalist.

ASEPA filed the petition with the US Department of State through the US Embassy in Ghana on Thursday, 15 July 2021, to invoke the visa restrictions pursuant to Section 212 of the US Immigration and Nationality Act.

Section 212(a)(3)(c) of the Act allows the US government to impose such restrictions against members of foreign governments, who threaten, surveil, suppress, harass or harm journalists.

Among other things, ASEPA is also asking the US government to extend the ban to all officials of the current government including the president until the government resolves the murder of Ahmed Suale, arrests and prosecute the culprits.

ASEPA is also asking for the ‘Khashoggi ban’ instituted by the US government after the murder of Saudi journalist Jamal Khashoggi, to be extended to the parliament of Ghana and its officials if they fail to remove Mr Agyapong as the Chairman of the Defence and Interior Committee of the house.

The Speaker of Ghana’s parliament, Mr Alban Bagbin, on Wednesday, 14 July 2021, referred the Assin Central MP to the Privileges Committee of the house for the threat on Multimedia journalist Erastus Asare Donkor’s safety.

He stated on his Net 2 TV programme ‘The Attitude’ on 9 July 2021 that: "We should beat the hell out of Erastus Asare Donkor” and also threatened that if he (Honourable Agyapong) “were the president of Ghana, he would have ensured that Erastus Asare Donkor is beaten mercilessly".

The TV programme was streamed live and widely published on social media platforms.

The Multimedia Group has filed a complaint with the police in the Ashanti region and called on the law enforcement agency to protect Mr Asare.

According to The Multimedia Group, Mr Agyapong threatened their reporter “because of the journalistic work that Mr Asare undertook during the recent shootings and killing incident at Ejura, and his appearance before the Kingsley Koomson Committee investigating the incident.

Speaking on the matter on the floor of Parliament on Wednesday, 14 July 2021, Speaker Bagbin said: “This is my first time of hearing this matter and as it is now I am compelled to refer it to the privileges committee. It’s a matter the privileges committee would have to go into and then report to the house and it’s for the house to decide whether the honourable member is contentious of the house”.

THE US DEPARTMENT OF STATE

C/0: US EMBASSY IN GHANA ACCRA

PETITION TO INVOKE VISA SANCTIONS (PURSUANT TO SECTION 212 OF THE US IMMIGRATION AND NATIONAŁITY ACT) AGAINST KENNEDY AGYAPONG FOR ENDANGERING THE LIVES OF JOURNALISTS IN GHANA.

1.     The Alliance for Social Equity and Public Accountability, ASEPA is an accredited civil society organisation in Ghana pursuing matters of public accountability and human rights.

2.     This petition is to invoke sanctions of the United States Government against a Member of Parliament in Ghana who has continuously put the lives of innocent Journalists in Ghana at risk with one casualty already recorded and several others falling victims to his constant abuse and threat of harm against Journalists.

4.     One of such instances is the actions the US Government took in the murder of Saudi Arabian Journalist, Jamal Khashoggi in 2018. The US Government conducted an investigation and have recently under the Biden-Harris administration issued a new visa restriction policy pursuant to Section 212(a)(3)(c) of the US Immigration and Nationality Act dubbed the “Khashoggi ban” which allows the US department of State to impose visa restrictions on individuals or members foreign governments believed to be directly involved in the suppress, harassment, surveillance, threatening or causing harm to Journalists.

5.     In 2019, this same member of the Ghanaian parliament, Mr. Kennedy Agyapong sitting on National TV issued threats against Tiger Eye Journalist Ahmed Suale, he also incited mob action against the Journalist for the role he played in investigative expose dubbed “Number 12” which exposed the huge corruption that had bedevilled football administration in Ghana. A few weeks later, the journalist was assassinated in cold blood and till date no one has been arrested.

7.     Barely a week ago this same Kennedy Agyapong, who acts as the Chairman of Parliament’s Defence and Interior Committee went on live TV to issue another reckless threat against a journalist who works with Multimedia Ghana Ltd, a media group in Ghana who runs Joy FM as one of its subsidiaries, for appearing and testifying before a Committee of Enquiry set up by the President to investigate the murder of a civil activist in Ejura, a rural community in Ghana.

8.     The threats issued by Mr. Agyapong was quite similar to the threats he issued against Ahmed Suale in 2019 leading to his eventual assassination and so the media house of the Journalist has taken steps to protect the Journalist from any form of attack by reporting the matter to the Police in the region where the Journalist is based and copied several other entities locally and internationally. A copy of the complaint would be attached herein for your attention.

9.     We, therefore, request that the US Government through the Department of State activate the Khashoggi ban against Mr. Kennedy Agyapong to retrain him from entering the United States where has a couple of business interests or any United States territory.

10.    We also want the United States Government to extend the Khashoggi ban to the Government of Ghana and all its officials until such a time when the government resolves the murder of Ahmed Suale, arrest the culprits and prosecute them. Same sanctions should apply to the Parliament of Ghana and its officials if the Parliament fails to remove Mr. Agyapong as the Chairman of the Defense and Interior Committee of Parliament.

11.    We are counting on the international interest of the US Government in defending human rights and also in the promotion of the safety and well-being of Journalists across the World to help protect Journalists in Ghana who are constantly falling victims to the recklessness and viciousness of Mr. Agyapong.