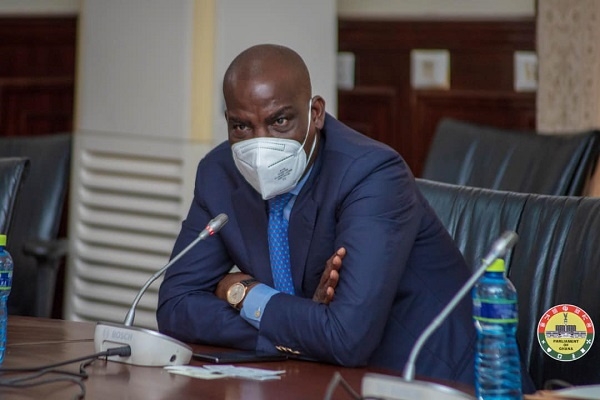 Minority Leader, Haruna Iddrisu has rebuffed claims that he has lost his authority following the resignation of Member of Parliament for North Tongu, Samuel Okudjeto Ablakwa from the house's Appointments Committee.

In a letter addressed to the Speaker of Parliament, Mr Ablakwa said his resignation was on personal and principled grounds.

Many, including former MP for Kumbungu, Ras Mubarak have described Mr Ablakwa's resignation as a vote of no confidence in Haruna Iddrisu.

But at a public forum with the parliamentary press corps on Wednesday, 31 March 2021, the minority leader disclosed that he has had a meeting with the leadership of the NDC to address the issue.

He said: “I’m fully in charge, I’ve just engaged with party leadership and council of elders. No further comment on someone resigning or not.”

He added: “The party is focused to work toward recapturing power in 2024 and the parliamentary organ led by me currently, will do what is needful to work in tandem with the party to hold the Nana Akufo-Addo government accountable and to lead the party into victory in 2024. Whatever storm it is we will weather it.”