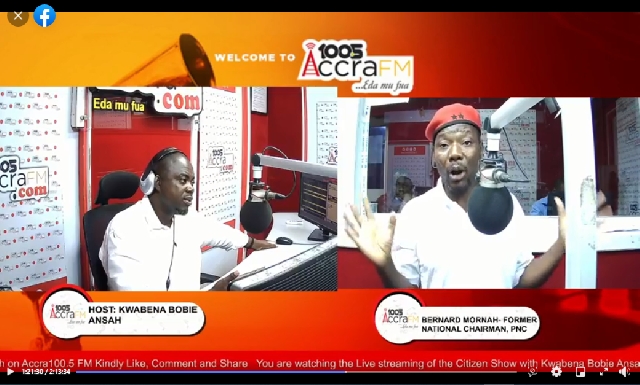 A former Chairman of the People’s National Convention (PNC) has disputed President Nana Akufo-Addo’s assertion that there have not been any midnight knocks at the homes of anyone who has criticised his government or had critical views of his administration.

Speaking recently at the University of Cape Coast after receiving an honorary doctorate degree (Doctor of Philosophy in Educational Leadership), President Akufo-Addo parried criticisms that he was superintending a culture of silence, saying “it cannot be that everyone has a right of reply except members of the government and officialdom. Nor can it be that challenging an opinion expressed by a journalist constitutes an attack on press freedom”.

“What I believe may be lacking sorely in our society today, is the need to listen to each other more. Knowledge has never been a gift granted exclusively to one group. We must listen, and hear each other more”.

“And, for me, personally, I find it ironic that the Presidency of a man who has been and continues to be the most vilified political figure of his generation can be accused of presiding over a culture of silence. There is no midnight knock on the door in Ghana for authors of dissenting views, nor will there be during my presidency,” Mr Akufo-Addo noted.

“Anybody who is the president of Ghana and is in control doesn’t need anybody to tell him that, indeed, things have gone wrong, so, when you have the president speaking this way, and listen to president Akufo-Addo, he’s talking about a spirited defence of the Free SHS and that is an attack on press freedom? Really? Is the president part of this game?

“Who is more an assault on free SHS than he the president and his own appointees? Is it not Ken Ofori-Atta that said that they have assessed the thing and that it is time for those who can pay to pay and that he can pay for his children to go to school and so why should his children enjoy free SHS? Who is an assault and attack on free SHS? Not Ken Ofori-Atta? Dr Adutwum? A Minister of Education who said they we should give room to those who want to pay, they should pay so the school should calculate. Am I ken Ofori-Atta, am I Dr Adutwum? Am I Dr Kufuor?” Mr Mornah wondered.

“So, if your own party people are telling you that your free SHS ‘agye gon’, and you have to come and defend it, you are attacking your own people in that score that has got nothing to do with press freedom and free speech”.

“So, obviously, the president has been deluded into thinking that when they are talking about free speech, it is about free SHS. No”.