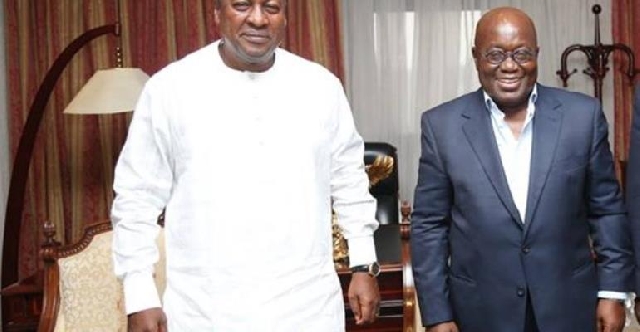 The Institute for Liberty and Policy Innovation (ILAPI) has called on the government to desist from practising politics of tax cuts and exemptions in order to win votes in the December 7 polls.

ILAPI made the call in a statement issued and signed by its Executive Director, Mr Peter Bismark on Tuesday, 15 September 2020.

The Institute said: "As the general elections approach, the two main political parties (NDC and NPP) have launched their manifestos with uncountable promises of creating prosperity. It looks tax cut; exemptions and abolishment have been a competitive component of the manifestos."

According to ILAPI, "in 2016, the NPP manifesto promised to abolish six taxes, tax exemption for 'kayayei' at the district level and cutting down three taxes to spur private sector growth and employment creation. At the end of the four years, the government has abolished/reduced 15 different taxes.”

It also referred to the NDC in its 2020 manifesto in which it "is also promising to grant tax holidays for start-ups, seven tax exemptions, tax cut on corporate income tax and other tax incentives for private sector growth and employment."

ILAPI continued that: "This time in 2020, the NPP government is reducing tax on digital devices, tax exemption on 'prospecting and reconnaissance by mining firms from VAT and other taxes, to incentivise investment in exploration activities' and removing import duty on sanitary pads.

"Though the government has removed and cut taxes to reduce tax burden to improve business climate, the biggest challenge is finding the funds to finance the abolished taxes and tax cuts.

"In order to finance the tax cuts and abolished taxes and because only few Ghanaians pay direct taxes, the next available option is to borrow more from both the domestic and international financial markets to meet the revenue deficits.

"This led to the issuances of Euro Bonds of $2 billion worth of dual-tranche Eurobonds with 10- and 30-year maturities and $3 Billion in 2020 and borrowing from China on the Sinohydro 'Barter' deal."

"These tax cuts, exemptions and abolishment are not backed by science and data and instead become a burden on the government.”

It added that: "It is, therefore, imperative to stop the politics of tax cut and exemptions for votes. It is increasing Ghana’s debt, causing fiscal challenge and equally not achieving the policy intent".