Trust us, we shall overcome current hardship soon – NPP 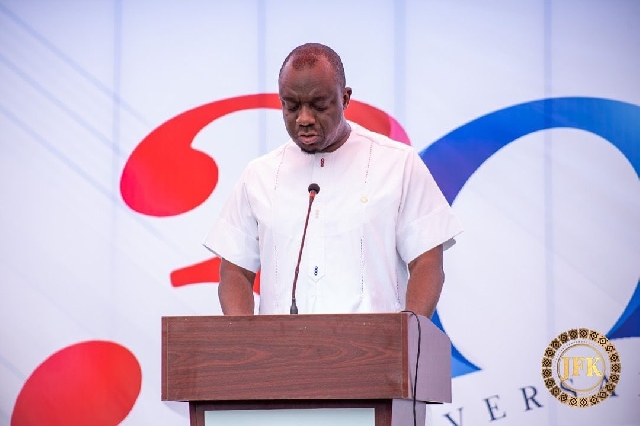 The General Secretary of the New Patriotic Party (NPP), Justin Frimpong Kodua (JFK) has reiterated the party’s support for the government in taking the country out of the current economic challenges.

According to him, the party sees Ghana’s current challenges as yet another opportunity for the government to transform the economy.

Speaking at a media engagement on Thursday, 28 July 2022, to usher in the party’s 30th anniversary, Justin Kodua said, “ours is a history of turning things around when the country is in crisis.”

He recounted how the Kufuor administration in 2001, inherited very difficult economic conditions but “we showed our true mettle by not only overcoming the problems we met but taking on the most ambitious programme of economic and social interventions.”

“In 2001 that the Danquah-Busia-Dombo tradition had its second opportunity at governance following the swearing in of John Agyekum Kufuor as President. It was a trying time to assume office, and some felt we had been served a poisoned chalice because of the very challenging economic conditions the country was in.

“The Kufuor administration took the brave but unpopular decision to subscribe to the IMF Highly Indebted Poor Country (HIPIC) programme. Despite the gloomy economic conditions at the onset of his administration, the Kufuor government would perform what many have termed as a miraculous economic turn-around, by his second tenure in office.

The government is seeking a bailout from the IMF to turn the economy around.

The presidency has blamed unprecedented global developments – Covid-19 and Russia-Ukraine war – for disrupting the gains made by the government.

Despite the challenges, the government said it is resolved to continue to provide the necessary leadership to turn the economy around.