Vetting: Let’s all stop the hypocrisy and carry the blame – Murtala to Minority Caucus 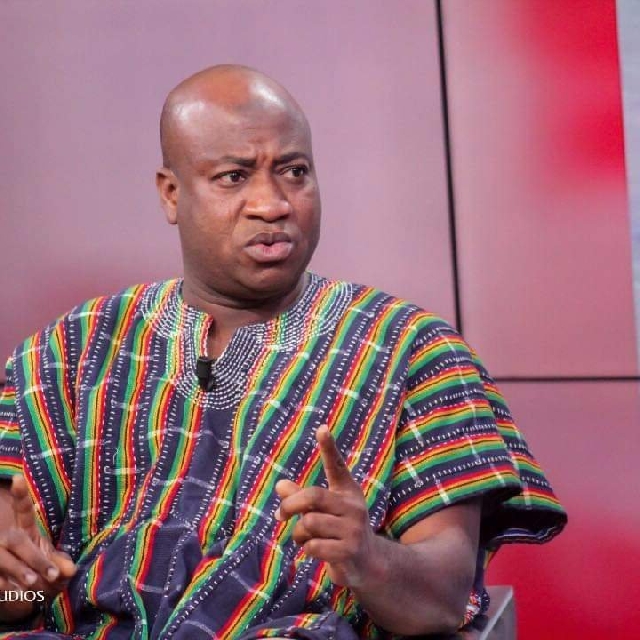 The Member of Parliament (MP) for Tamale Central, Mr Ibrahim Murtala Mohammed, has indicated that all the members of the Minority Caucus in Parliament must be blamed for the approval of President Akufo-Addo’s ministerial nominees.

The opposition MP revealed that prior to the approval of the ministerial nominees, there was an agreement at a caucus meeting to reject some of the ministers-designate.

The lawmaker, however, noted that some of the MPs on the Minority side stabbed the caucus in the back.

“We had a caucus meeting – and I think that, sometimes, the hypocrisy ought to stop. Those who are attempting to appear saintly should give us a break”.

“The leadership made it clear to us. We needed to reject these nominees. That was what happened”, he told Kwame Appiah Kubi on Accra100.5FM’s ‘Ghana Yesom’ on 1 April 2021.

“We went in there and some people did the most embarrassing thing and now they don't want to take the blame”, he noted.

In his view, “All of us, including myself, we must be blamed,” adding: “My only view is that, we should not just assume that everybody voted for those people”.

“We delivered the Speaker. They praised us and we were happy, so, if we failed to deliver in the approval or disapproval of those ministers, we should not be defensive”.

Rather, the former deputy trade minister said, “We should be apologetic”.

Meanwhile, the National Democratic Congress (NDC) has urged its party supporters to form a united opposition front that is capable of demanding accountability from the Akufo-Addo-led government.

A statement issued by the party’s National Chairman, Mr Samuel Ofosu-Ampofo, on 31 March 2021, noted that the call for party unity had become necessary following a meeting the leadership of the NDC held with its Council of Elders and parliamentary caucus “in the aftermath of the disquiet and misgivings that characterised the approval of the ministerial nominees of President Akufo-Addo”.

According to the statement, “the meeting was conducted in a healthy atmosphere in which the concerns of the teeming members and supporters were adequately ventilated and addressed”.

“Accordingly, the leadership of the party wishes to assure all and sundry that the matters that have provoked public commentary have been dealt with in a manner that will promote and strengthen the cohesion of the party and all its organs,” the statement added.

The main opposition party, therefore, called on its supporters “to assure them on the need to put party unity over and above all interests so that together, we can hold the Akufo-Addo government to account, even as we take measures to develop strategies towards the next general elections”.