'We can't complete all E-blocks at a go; we came with our own agenda' – NPP 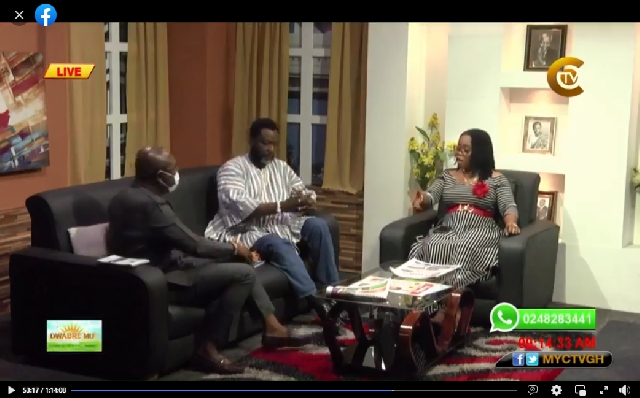 The Akufo-Addo government cannot complete all the uncompleted E-blocks inherited from the Mahama administration “at a go” because the New Patriotic Party (NPP) also came into power with its own development agenda, Mr Emmanuel Kwesi Mantey, a former Adentan parliamentary aspirant on the ticket of the NPP has said.

Nonetheless, he said the NPP government has completed the majority of the E-blocks.

Mr Mantey, who is a member of the NPP’s communication team, told Afia Papabi on CTV’s morning show, Anopa Dwabremu on Wednesday, 27 October 2021, that it is not true that the Akufo-Addo government has abandoned the uncompleted E-blocks.

He said some of the E-blocks were built far away from the centre of the communities they were meant to serve and, so, the students have to trek long distances to access them.

Mr Mantey also noted that some of the blocks were without boarding houses but have been retrofitted by the current government to make them suitable for teaching and learning.

In his view, Mr Akufo-Addo is a good leader for completing projects started by his rival.

“Who would want to focus attention on the children of his rival?” he asked.

He said the blocks that have not been completed are those which were at the nascent stage at the time the Mahama administration left office.

A few days ago, President Nana Akufo-Addo said the paramount chief of the Aflao traditional area, Torgbui Adzonugaga Amenya Fiti, might as well go ahead and complete the E-block in his jurisdiction which he (the chief) recently fumed about and gave the Minister of Education, Dr Yaw Adutwum, up to February 2022 to complete.

The GHS¢9-million project, which was one of many started by the Mahama administration, was expected to serve the residents of Aflao and its environs but was abandoned after Mr Mahama left office in 2017.

Speaking during a courtesy call on him by Minority MPs on the Education Committee of Parliament on Wednesday, 20 October 2021, after the opposition lawmakers’ nationwide tour of some of the abandoned projects, Togbui Fiti said: “Aflao is the only urban community in Ghana without a senior high school but day-in-day-out, my friends in the media only carry bad stories about Aflao”.

“They’ll not come and comb the area and see why these people are always thieves, smugglers and why we are always going to Togo. These are research [ideas] the media and government have to do.”

“After the BECE, our children now begin to struggle for space in schools elsewhere and, so, this thick population, in most cases, has no place to go”, he bemoaned.

He added: “I had to push former President Mahama to bring that project [E-block] here. I had to be running from here to Accra, begging; should we beg for education? If we have to beg for education before our people have to go to school, then I don’t know what democracy means but now, look at the structure standing over there, 90% complete. Now in the era of the NPP, we have the Free SHS but my people are not benefiting because the school is not here”, he noted.

“Your [lawmakers] coming here is redemption to the suffering people of Aflao. Carry this message to the Minister of Education that come February, I want this school to be opened.”

Responding to the chief during an interview on Accra-based Peace FM on Thursday, 21 October 2021, however, President Nana Akufo-Addo wondered if it was in the place of the chief to be issuing ultimata to his ministers and then suggested that he complete the project himself.

Mr Akufo-Addo also told Kokrokoo host Kwami Sefa Kayi that: “One of the things, I suspect, is a deficit on our part is our ability to counter propaganda. The propaganda takes over the reality of so many aspects of our national life. It’s a pity but we’ll continue”.