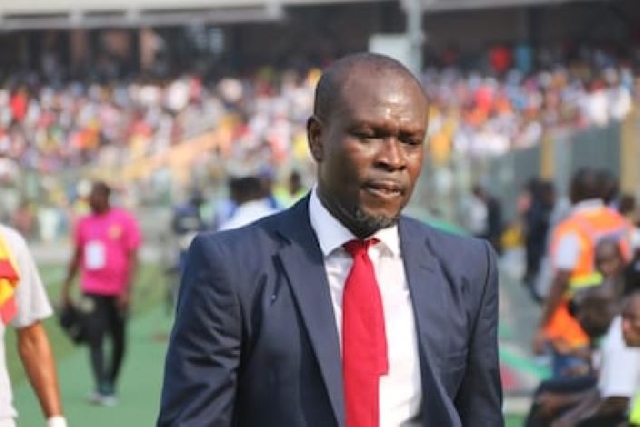 Veteran Ghanaian football administrator, Jonathan Abe Pobee has said all those involved in the appointment of C.K Akonnor as head coach of the senior national football team, Black Stars, should be sacked.

His comment follows the exit of coach Akonnor on Monday, 13 September 2021.

The Ghana Football Association (GFA) fired Coach Charles Akonnor and his two Assistants on Monday, 13 September 2021 after it received the technical report from him and the report from the Black Stars Management Committee following Ghana’s Group G World Cup qualifying matches against Ethiopia and South Africa.

“Which consortium does C.K Akonnor belong to before C.K Akonnor was appointed as Black Stars coach? We’re wasting our time and resources, our money and everything on this Black Stars,” he stated.

The GFA Executive Council has formed a three-member committee made up of Vice President Mark Addo, Upper East Regional Football Association Chairman, Alhaji Salifu Zida and Dr. Randy Abbey to find a Head Coach and Assistant Coaches for the Black Stars within the next 72 hours.

But Mr Pobee is questioning why there is no technical person in the three-man committee to look for the next Ghana coach.

He wondered: “What are these people going to do? Even the FA president has made an appointment and it has failed how much more bringing these three people to find a coach, and are they finding a foreign coach or local coach, and these three-member committee, do we have a technical man among them to search for a coach?

“Are we alright as Ghanaians? A committee and there’s no technical man? We are wasting our time, that’s the end of Ghana football, Ghana football has collapsed. If the FA president himself has appointed a coach in less than a year and he has sacked him then there was no due diligence so those people who brought the coach should rather go and not the coach.”